The Boston Bruins begin their third back-to-back of March with a Saturday night meeting with the Florida Panthers. It’s the Bruins’ second matchup in a three-game road trip that concludes Sunday night versus the Tampa Bay Lightning.

Boston has lost three consecutive games (0-2-1), which has allowed the Ottawa Senators and Panthers to remain in the race for the last wild-card playoff spot in the Eastern Conference.

This is pretty much a must-win game for the Panthers, who enter Saturday five points behind the Bruins for a postseason berth. A regulation loss would put Florida seven points back with just 10 games remaining. The Panthers have just a 2.8 percent chance of making the playoffs, per Sports Club Stats.

The Bruins also are trying to hold off the Senators. Boston’s loss to Ottawa on Thursday night trimmed its lead over the Sens to just two points. Ottawa also has a game in hand.

Here’s a quick preview of Bruins-Panthers:

Bruins Player To Watch: Rookie winger David Pastrnak has provided much-needed secondary scoring for the B’s with 15 points (five goals, 10 assists) in his last 19 games, including a two-assist effort against the Senators on Thursday. His line, which includes rookie center Ryan Spooner and Milan Lucic, has been one of Boston’s most productive trios in the 12 games that top-six center David Krejci has missed with a knee injury.

Pastrnak’s speed, playmaking and power-play skill have been valuable additions to a Boston offense that has struggled to score on a consistent basis (19th in goals scored per game and an average of 1.75 goals in the last four contests).

Panthers Player To Watch: Aaron Ekblad is having an amazing rookie season on the Florida blue line. The 19-year-old defenseman, who was taken with the No. 1 pick in the 2014 NHL draft, has 35 points (11 goals, 24 assists) and averages 22:14 of ice time per game. He’s also playing in a top-four role and contributing to both special teams units.

Ekblad is able to be trusted in both offensive and defensive situations at such a young age because of his poise under pressure and high hockey IQ.

Key Stat For Bruins: It hasn’t been confirmed that Tuukka Rask will start in net, but it makes sense to play him, given his success against the Panthers. He’s 11-1-0 with a .963 save percentage, a 1.07 goals against average and three shutouts versus Florida in his career.

Key Stat For Panthers: The Panthers are 25 for 27 (92.5 percent) on the penalty kill in their last 11 games. Meanwhile, the Bruins are just 1 for 17 on the power play over the last five games. Special teams could play a key role in the outcome Saturday. 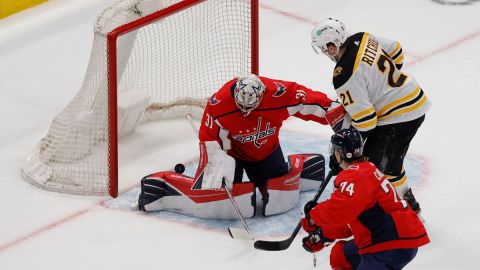