BOSTON — The Bruins’ main problem this season, aside from injuries to several key players, has been a failure to finish in the attacking zone.

It was again an issue in Tuesday night’s 2-1 shootout loss to the Buffalo Sabres at TD Garden. The Bruins tallied a season-high 95 shot attempts and tied a season high with 45 shots on goal.

Despite an abundance of shots and plenty of attacking-zone time, the Bruins only could score one goal — off a fortunate bounce from the end boards — against Sabres goaltender Anders Lindback, who entered Tuesday’s game with a 2-11-2 record and an .894 save percentage.

“I think we could make better choices on where to put pucks. So many times it was right in his glove, an easy save where sometimes you could have shot for a rebound. Got guys going to the net, and even around the net area. If we?re not going to be a little bit more hungry and heavy around that net area, then you know you?re not going to get those loose pucks.”

Boston now ranks 19th in goals scored per game (2.59). Only one other team currently in a playoff spot is ranked lower: The Montreal Canadiens at 2.55 goals per game, 22nd in the league. Boston would be in a much worse position in the playoff race if not for No. 1 goaltender Tuukka Rask carrying the the team with a .944 save percentage over the last 10 games.

The Bruins must quickly find a way to capitalize on their scoring chances because Senators netminder Andrew Hammond, who likely will face Boston on Thursday night in Ottawa, is 11-0-1 with a sparkling .956 save percentage this season. He also hasn’t given up more than two goals in each of his 13 appearances.

— Eriksson’s goal was his sixth in the last month and 18th on the season — three tallies behind Brad Marchand for the team lead.

Entering Tuesday’s game, Eriksson was driving puck possession with a 52.2 even-strength Corsi-for percentage despite playing in a lot of defensive situations over the last 31 days, as evidenced by his 38.8 offensive-zone start percentage in that span.

— Bruins winger Daniel Paille crushed Sabres rookie Philip Varone with a hard hit that broke up a scoring chance in the first period.

— The Chris Kelly-Carl Soderberg-Loui Eriksson line played a strong game and created plenty of scoring chances. Soderberg tallied four shots on goal and picked up an assist on Eriksson’s first-period tally, but his goal drought was extended to 24 games.

“I?m not a sniper, I can score the puck but I?m not a sniper, I?m more of a playmaker,” Soderberg said. “Of course I want to score, especially to get myself going a couple goals before playoffs, get a little confidence for that. But the most important thing is that we win some hockey games this week so that we have some room from the other teams.”

— The Bruins never have swept a season series with the Sabres (3-0-1 this season). Boston has done so with all of the other 29 teams.

— Bruins right winger Reilly Smith extended his goalless drought to 11 games and scoreless streak to five games. He tallied three shots on goal in 16:13 of ice time versus Buffalo.

— Boston is now 3-8 in shootouts this season. The team’s 15.4 shooting percentage in shootouts is the second-worst mark in the league behind the Edmonton Oilers (15 percent).

— Bruins right winger Brett Connolly, who was acquired at the NHL trade deadline on March 2, skated Tuesday morning for the second straight day. He’s recovering from a fractured finger suffered in his first practice with the team.

“(Monday) he skated just skates on for 20 minutes,” Bruins head coach Claude Julien said. “Nothing, no sticks, no drills, just went out there and skated.” 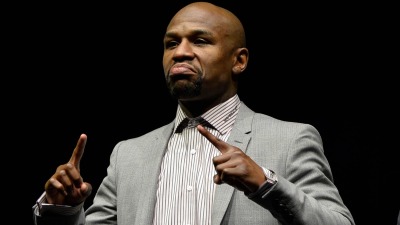 Floyd Mayweather Is Paying Chef $1,000 Per Plate Before Pacquiao Fight 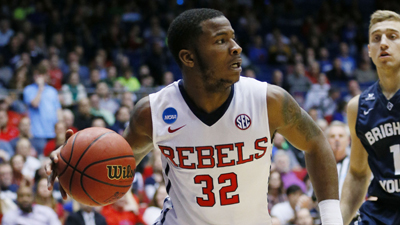