Tuesday night was one to forget for the Boston Celtics, who suffered their worst loss of the season at the hands of the Cleveland Cavaliers.

It was a memorable one for LeBron James, however. James poured in 27 points in a 110-79 shellacking of the Celtics to move past his former teammate, Ray Allen, and into 21st place on the NBA’s all-time scoring list.

“It was very humbling,” James said after the game, via MassLive.com’s Jay King. “I guess I’ve done some pretty good things in this league so far.”

Learned so much from one of my favorite people in the whole world @rayn34!! Every single day he gave me knowledge about either basketball, family, being a professional, handling it all both on and off the court!! Thanks for allowing me in the history books with u Jesus Shuttlesworth. Miss and love u bro!!

Some other notes from Tuesday’s C’s-Cavs tilt:

— The Cavs hadn’t exactly been themselves in the week leading up to Tuesday. With Kyrie Irving sidelined, they had lost two in a row — their first two-game skid in more than a month. Celtics coach Brad Stevens expected exactly the Cleveland team he got.

?You knew that we were going to get their best shot, because they were coming off of two losses,” Stevens told reporters after the game. “Kyrie was going to be antsy to play because he hadn?t played. We knew that going in.”

— Celtics radio play-by-play man and stat master Sean Grande shared some context on just how bad this loss was for the C’s:

— This wasn’t the best night for Avery Bradley.

— The outcome was all but decided midway through the third quarter, but the final frame did offer something of note for Celtics fans: Kendrick Perkins. The former Boston big played all 12 minutes of the fourth, finishing with five points and two rebounds. He also talked before the game about his decision to join James, his former AAU teammate, in Cleveland.

— The Celtics lost to the Golden State Warriors in a thriller Sunday, blowing a 26-point lead in an eventual 106-101 loss. Before that game, Warriors coach Steve Kerr offered great praise for Isaiah Thomas while also arguing that the Celtics point guard often is the beneficiary of what Kerr considers to be dubious carrying non-calls.

Thomas, who scored a team-high 20 points against Golden State, addressed the coach’s comments Tuesday at shootaround.

?Some (other) coaches do it, but that team does it consistently. I don?t know if they do it to everybody, every point guard, but since I?ve been in the league, they?ve been on the refs about me doing it.?

Thomas, whose strong start to his Celtics tenure earned him Eastern Conference Player of the Week honors, said he has no plans to change his approach.

?If they?re not going to call it, I must not be doing something wrong,? he said. ?If they call it, I?ve got to make adjustments.? 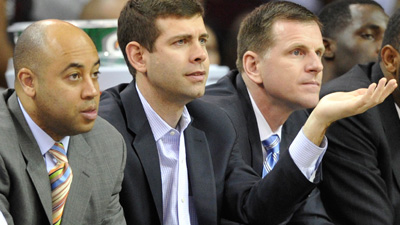