The Boston Celtics’ trip to Oklahoma City was a homecoming of sorts for rookie Marcus Smart, who played his college ball just up the road at Oklahoma State.

?It felt good,” Smart told reporters after his team’s matchup with the Thunder. “It felt good to be back out here in a familiar territory.?

It showed on the court. The Celtics fell to the Thunder 122-118, but Smart enjoyed his best shooting night as a pro, scoring a career-high 25 points on 8-of-14 shooting. He was especially deadly from beyond the arc, setting a new record for Celtics rookies with seven made 3-pointers on 12 attempts.

?It was just one of those nights where my teammates did a good job of finding me in the right positions for me to score the ball,” Smart said. “But I definitely felt comfortable out there.”

Here are some more notes from Wednesday’s loss.

— If you’ve been keeping track of Kelly Olynyk’s progress since his return from an ankle injury, the big man now is split 4-4 between solid games and poor showings. Wednesday’s was one of former, as Olynyk finished with 20 points on 7-of-13 shooting (3-for-6 from deep).

Olynyk can’t be happy with that 3-for-8 showing at the foul line, however — a statement that applies to his team as a whole. The Celtics shot just 60.7 percent (17 of 28) from the line for the game. OKC’s Russell Westbrook, meanwhile, made up for his poor shooting night by going 19-for-22 on free-throw attempts.

— One Celtics player who did not have a good game by any standards was Phil Pressey, who until Wednesday had filled in admirably for the injured Isaiah Thomas. The second-year point guard appeared to be forcing passes and jacked up far too many triples in his 13 minutes of action, resulting in this unattractive stat line: 0-for-6 from the floor, 0-for-5 from three, two points, one assist, three turnovers, five fouls.

— Olynyk got a bit aggressive on this box-out of Thunder center Steven Adams:

— Evan Turner dished out 10 assists and came up with five steals, tying Westbrook for the game high in both categories. His first swipe was the prettiest:

— Rookie James Young did not travel with the team to OKC and likely will not be present Friday in San Antonio, either, as he continues a D-League assignment with the Maine Red Claws. The emergence of Luigi Datome as an option off the bench had limited Young to just seven total minutes over the previous five games.

“If we have depth issues, we’ll fly him down,” Stevens told reporters at morning shootaround, via MassLive.com. “That’s the way we’re looking at it. But the opportunity to play two games in three days, and stay with the (Red Claws), and practice with the team, and get more reps, was a positive thing from our standpoint.”

Young scored 20 points and grabbed five rebounds for the Red Claws on Tuesday in a win over the Grand Rapids Drive. The teams meet again Thursday.

— Thomas also was absent Tuesday as he recovers from a bruised lower back. Thomas almost certainly will miss Friday’s tilt, as well, per Stevens, and might not be available for Sunday’s home game against the Detroit Pistons, either.

— Smart took some time to visit his old Cowboys teammates in Stillwater ahead of their upcoming NCAA tournament matchup with Oregon.

?What did I tell them? Good luck,? Smart said at shootaround, via the Tulsa World. ?We owe them (the Ducks) one.?

Oklahoma State didn’t fare well in the Big Dance during Smart’s tenure, losing to Oregon his freshman year (a 12-5 upset, at that) and falling to Gonzaga in the Round of 64 last March. 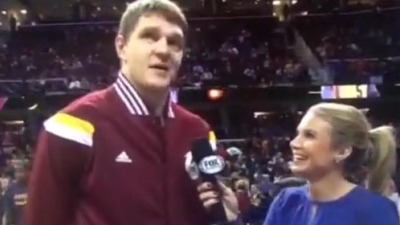 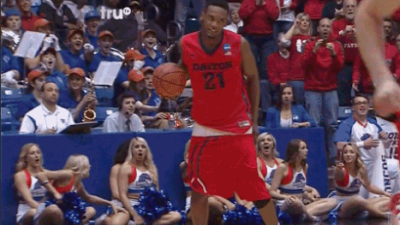 Dayton Player Gets Pantsed By Own Teammate; Cheerleaders React (Video)