BOSTON — As bad as the Celtics’ shooting was for much of Wednesday night, their ball security was equally as good.

Boston turned the ball over a mere three times in an 85-84 win over the Utah Jazz — the lowest single-game total in franchise history since the NBA began tracking turnovers in 1970-71.

?That?s one of our five things that we have made a big deal for our team moving forward,” head coach Brad Stevens said. “We went into the game eighth in the league in turnover percentage, which is good, and last time we allowed Utah back in the game because we threw the ball all over their gym and almost lost that game there. So, we placed a huge priority on it. But it helps to have Isaiah (Thomas) handling the ball, because he?s a hard guy to get it from.?

Thomas might not lose the handle often, but he is prone to risky and sometimes reckless passes. The point guard turned it over a team-high 20 times in his first six games with the Celtics, but even he was safe with the ball Wednesday, coughing it up just once.

— Utah’s defense is the real deal. The Jazz now have held opponents below 100 points in nine of their last 10 games — going 7-3 in that span — and their starting frontcourt of Rudy Gobert (10 points, 16 rebounds, three blocks) and Derrick Favors (16 points, five rebounds, one block) both turned in big nights against the much shorter Celtics.

Gobert has blocked 15 shots over the last five games — the same number as the entire Celtics roster.

— One shot the Jazz center couldn’t block, however, was Tyler Zeller’s game-winning layup as time expired. The shot evidently caused quite the stir on Twitter, topping even the buzz over Russell Westbrook’s fourth straight triple-double.

— Thomas was fantastic in the second half yet again, scoring 19 of his game-high 21 points over the final two quarters. It was a welcome return to form for the 26-year-old after less-than-stellar performances in losses to the Golden State Warriors and Cleveland Cavaliers.

— The NBA announced during the game Marcus Smart had been voted Eastern Conference Rookie of the Month for February. The Celtics point guard downplayed the honor after the game.

?It was good news to hear, but like I said earlier, it doesn?t really mean anything right now,” Smart said. “This team is still in a rebuilding stage, and we?re still trying to make the playoffs, so that?s my biggest concern. I?m happy that I was named the rookie of the month in the Eastern Conference, but like I said, as of right now, that?s not really at the top of my list of worries.”

Smart made a couple of nice defensive plays against the Jazz and threw the pass that set up Zeller’s game-winner, but he struggled mightily with his shot, going 3-for-14 from the floor and missing all six of his 3-point attempts. 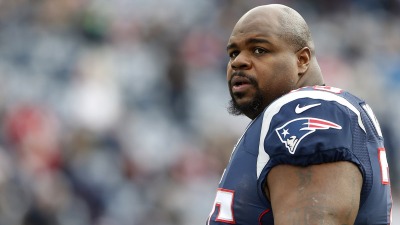