WALTHAM, Mass. — With 18 games scheduled in the month of March, free time — and practice time — is at a premium for the Boston Celtics.

The C’s have not had consecutive days without a game since the All-Star break, and they won’t again until after their matchup with the Toronto Raptors on April 4. That span also features 14 road games and six back-to-backs, making trips the team’s Waltham facility for practice a rare occurrence.

?This is our, I think, third practice since we had the trade for Isaiah (Thomas, who is out with a back injury) and the two guys from Detroit (Jonas Jerebko and Luigi Datome),” head coach Brad Stevens said before Thursday’s session, “and Isaiah isn?t going to participate in it. We won?t go very long. We?ve got to go really light, we played really hard (Wednesday) night.”

The Celtics earned one of their best wins of the season Wednesday, knocking off the Memphis Grizzlies 95-92.

“We?re continuing in this stretch of six weeks where we don?t have more than one day off in between games, and we play two games in a row again (Friday and Saturday). So, we?re going to have to be just good at doing things in the film room and good at doing things walking through over the next couple of weeks.”

Stevens is well-prepared for this nearly practice-less lifestyle, however.

While the players are given rest to stay fresh, they’re also expected to stay ready. Given the scarcity of structured sessions, that responsibility falls on the individual.

?I think each guy?s a little bit different,” Stevens said. “A guy that doesn?t play as much needs to get in more conditioning-type stuff, but he?s got to be able to do that on his own. We can?t put all 14 guys on the line and run the guys that played 38 minutes like you?d run the guys that didn?t play.”

Some additional notes from Thursday’s practice:

— Thomas leads the Celtics in scoring over his 10 games with the team and has served as the closer Boston sorely lacked earlier this season. The point guard was reluctant, though, to admit he’s been a difference-maker.

“You can say that, but ever since I joined this team, these guys just play hard,” Thomas said. “That’s half the battle. I think you give yourself a chance to win each and every ballgame when you just leave it all out there on the floor. Maybe I am a little difference, but for the most part, these guys have been working hard. These guys have been playing without me. But when I’m out there, hopefully I am a bit of a difference out there.”

— Thomas has felt severe pain in his lower back ever since his hard fall Monday night in Miami, but that didn’t stop forward Brandon Bass from accidentally giving him a few encouraging butt taps in the immediate aftermath.

“Twice, right?” Thomas said Thursday when asked about the exchange. “I don’t think he really knew what he was doing, because the first time he hit me, I was like, ‘Damn!’ And then he hit me again. He must have forgot that I was hurting, but those two pats on my butt killed me.” 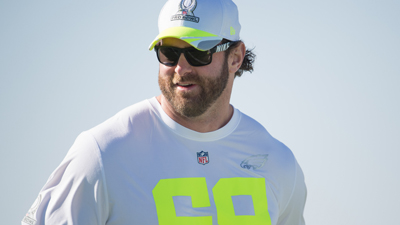