The officials had just blown a shot-clock violation call with six minutes remaining in a tie game, and there was Stevens, screaming and gesticulating in the direction of referee Courtney Kirkland from his post on the Celtics’ bench.

This reaction wouldn’t be too far out of character for most NBA coaches. After all, replays clearly had shown that Marcus Smart’s 3-point attempt had caught the rim as the 24-second clock expired. It was, however, a departure for Stevens, who’s exuded a quiet, even-keeled confidence ever since he arrived in Boston two summers ago.

It’s a confidence that’s seeped down to his players, inspiring a Celtics team that, after a 25-win season in Stevens’ debut campaign, now sits a mere 1 1/2 games out of the playoffs.

“I think it all starts from Brad,” said guard Avery Bradley, who hit the game-sealing shot in Wednesday’s 95-92 win over the Memphis Grizzlies. “Brad is getting us all together, having us believe in one another, we?re like a family out there. We?re a lot closer than we were, and it shows on the court.”

Belief and trust have been two hallmarks of Stevens’ coaching philosophy. Nearly every Celtics player has played multiple positions this season, sometimes ones they haven’t played in years (Evan Turner at point guard, Jonas Jerebko at center, etc.). Point guard Isaiah Thomas walked in the door after the trade deadline and basically was handed the keys to the offense, with Stevens giving his new acquisition the freedom to play his own way.

Thomas has flourished thus far in Boston, and the Celtics have won seven of 11 games since his debut.

?Just letting you play,” Thomas said before Thursday’s practice. “That?s the most confidence you can give a player, just letting him go out there, play through mistakes. He?s always telling us, when you?ve got an open shot or an open play, make the play. Be confident in yourself. Because I think if you?re not confident in yourself, he can?t really give you that much more confidence. You?ve got to go out there and do it.

Bradley’s and Thomas’ compliments have been echoed throughout the Boston locker room, with player after player lauding how Stevens’ approach has allowed the Celtics to remain a tight-knit group even in a season of near-constant roster turnover. With that group now finally solidified (barring any additional front-office shenanigans, of course) and winning on a regular basis, the Celtics’ confidence is exactly where Stevens wants it to be: Sky-high.

?I think that belief is a big thing,” Stevens said after Wednesday’s win. “We talk a lot about a lot of different character traits, but if you want a chance to build and grow together, I think optimism is a key component. I think creating that and sustaining it through ups and downs is important. 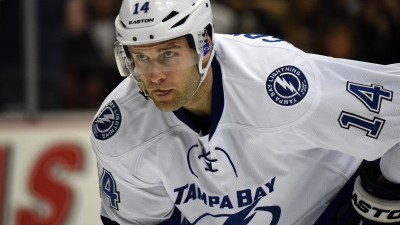