Boston Celtics president of basketball operations Danny Ainge spent most of his Thursday morning interview with 98.5 The Sports Hub’s “Toucher & Rich” talking about JaVale McGee, who reportedly was close to inking a contract with the team.

Before he signed off, though, Ainge posed one question to the hosts. It was not basketball-related but rather concerned one of the stars of another Boston team: New England Patriots nose tackle Vince Wilfork.

“So hey, I’ve got a quick question for you because I’m not in town.” Ainge said. “… What’s up with Wilfork? Is he out? Does that mean he won’t play with the Patriots, or is there still a chance he’ll be back?”

Wilfork announced earlier Thursday that the Patriots had declined to pick up the option on his contract, making him a free agent. There’s still a slim chance he could land back in New England, but the most likely outcome is Wilfork signing with another team.

“OK, well he was a great player to watch,” Ainge said. “It was fun. He was a huge part of their success. But I do understand the salary cap, it’s not always easy.”

Wilfork’s departure leaves quarterback Tom Brady as the only remaining member the Patriots’ 2004 Super Bowl championship squad. Ainge knows a thing or two about roster turnover: Not a single player on the Celtics’ current roster was around when the C’s won their last title in 2008. 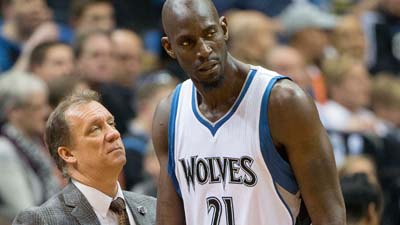 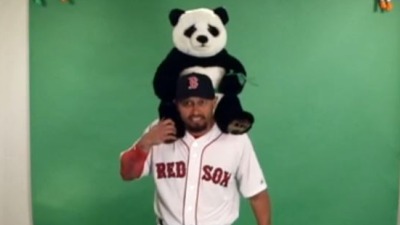