BOSTON — Who needs Isaiah Thomas when you have Evan Turner?

With Thomas still sidelined as he recovers from a bruised back, the much-maligned Turner took over closing duties Friday night for the Boston Celtics.

Turner did not miss a shot in the fourth quarter, going a perfect 6-for-6 to lead Boston to a come-from-behind, 95-88 victory over the Orlando Magic at TD Garden. The win allowed the C’s to exact a measure of revenge on the Magic, the only team to defeat Boston in its last six games.

HALF-HEARTED
Not much went well in the first half for the Celtics, who trailed 50-40 at the break. The most glaring negatives? Turnovers (10, resulting in 16 Orlando points) and backcourt scoring. Evan Turner, Avery Bradley and Marcus Smart combined to go a cool 6-for-23 from the floor for a total of 13 points through the first two quarters.

Even solid numbers like Tyler Zeller’s four first-half offensive rebounds were cancelled out by others that were far from stellar. Zeller went just 1-for-6 from the floor in the half, and Jae Crowder replaced him in the starting lineup to open the third quarter.

Turner eventually did find his stroke, however. The guard, whose shooting has hovered somewhere between poor and miserable over the last few weeks, followed up an 0-for-5 start by going 12-for-15 the rest of the way to finish with a season-high 30 points.

IM-PRESS-IVE
Phil Pressey has seen an uptick in playing time in Thomas’ absence, and he impressed in his 26 minutes Friday, including 10 in the fourth quarter. While Pressey doesn’t provide the sheer scoring potential Thomas does, the young point guard might be the best passer the Celtics have. He dished out a season-high 10 assists against the Magic, including a few that deserve a spot on his personal highlight reel.

Pressey wasn’t merely a facilitator, though. He also finished with 10 points on 4-of-5 shooting — his highest point total of the season.

OLYNYK FOR THREE
With Boston trailing by nine in the final minute of the third, Kelly Olynyk began to go to work. He drilled a three to close out the scoring in the frame, then scored the first five points of the fourth to bring the Celtics to within one. Olynyk, who finished with 13 points on 5-of-8 shooting (3-of-5 from deep), struggled in his first two games back from injury but has played some very good basketball since.

Orlando extended its advantage back to eight at 79-71, but Boston again rallied, getting threes from Turner and Bradley and another Turner jumper on consecutive trips down the floor. A Turner two put the Celtics up 87-85 with 1:54 to play, and they never trailed again.

If the Magic can blame the loss on one thing (other than Turner’s offensive outburst), it’s free-throw shooting. Orlando went just 14-for-28 from the line, and its leading scorer, point guard Elfrid Payton, sank just four of his 15 freebies.

Payton scored 20 points to go along with nine assists and five rebounds.

Up next: The Celtics will face the hottest team in the NBA — and one of their direct competitors in the Eastern Conference playoff chase — when they visit the Indiana Pacers on Saturday. 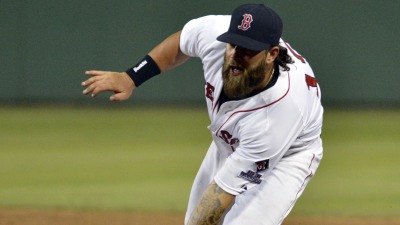 Mike Napoli Has Been Having Hilarious Dreams Since Sleep Apnea Surgery 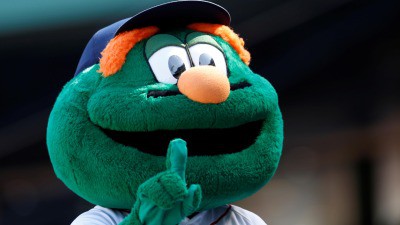