Gerald Wallace Steps Up For Celtics In Must-Win Matchup With Hornets - NESN.com Skip to content

After seeing the Los Angeles Clippers lay waste to his Boston Celtics on Sunday, head coach Brad Stevens knew something had to change.

?We emphasized getting back to a defensive identity (Monday),” Stevens told reporters after Monday’s 116-104 win over the Charlotte Hornets. “That was our only emphasis of the day. We said if we do that, the offense will take care of itself.”

Enter Gerald Wallace. The veteran forward isn’t nearly the player he was when he called Charlotte home — he averaged 15 or more points per game in five of his six full seasons with the then-Bobcats — but Stevens has developed a sense of when the Celtics would benefit from a little shot of Crash.

Monday was one of those nights. Stevens called Wallace, who had been a DNP in 11 of Boston’s previous 15 games, off the bench with 2:24 remaining in the first quarter.

?I think sometimes as a coach, you kind of have to go with your gut on some things, and Gerald played (in Charlotte) for a long time,” Stevens said. “Last year when we were here and won, Gerald played great, if you remember. I just felt like I always know what kind of boost he?s going to give us.”

Wallace answered. He helped disrupt the Hornets’ offense while Marcus Smart and Kelly Olynyk paced the Celtics at the other end. By the time Wallace exited with 2:45 to go before halftime, Boston’s lead had grown from two points to 13.

“We wanted to emphasize playing with a defensive mindset,” Stevens reiterated, “and it felt like this was a good night for him to come out and really get us going. He was great defensively in rotations, he was great on the bench in helping, and he was just really engaged.”

Wallace finished with five rebounds in his 15 minutes of action — the same amount Hornets big man Al Jefferson grabbed in his 25. And of course, there was the alley-oop, which brought back memories of the kind of slams Wallace used to throw down on a regular basis during his days in Bobcats blue/orange/pinstripes.

Yes, Wallace has gone from one-time All-Star and two-time Slam Dunk Contest participant to a 32-year-old with a bad knee who’s averaging less than 10 minutes per night for a team teetering on the edge of the lottery. But he’s accepted his new role, his teammates and coaches have had nothing but good things to say about him, and as he showed once again Monday, he can still ball when called upon.

“I?m happy that he?s on my team and I have somebody that goes as hard as he does,” Celtics guard Avery Bradley said, via Himmelsbach. 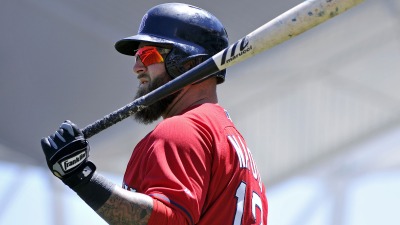