BOSTON — For much of this season, fourth-quarter execution was a major concern for the Celtics. Boston regularly would build massive leads only to see them crumble down the stretch.

The Celtics have improved considerably in that department of late, but an alarming new trend has emerged: Rather than wilting down the stretch, Brad Stevens’ club recently has taken far too long to get going.

Opponents have outscored the Celtics in seven consecutive first quarters — a span that includes a game against the lowly New York Knicks. And while events of the first 12 minutes don’t win or lose games, the C’s have gone just 2-5 over those seven contests.

Sunday’s might have been the worst yet. The Celtics had their doors blown off by the visiting Los Angeles Clippers, who outscored their hosts by 14 points in the first quarter en route to a 119-106 win that was far more lopsided than the final score implied.

This latest slow start had point guard Isaiah Thomas searching for answers after the game.

?I couldn’t put a finger on it,” said Thomas, who scored a team-high 19 points in the loss. “I don?t think we?re tired. It?s just something that needs to change. We?ve got to punch first. We?ve got to hit first. I don?t know what it is, but we?re waiting to get hit, and then it?s tough for us to get back in it. We?ve got to change that as soon as possible.”

He’s right. The Celtics cannot afford to continue the downward spiral they find themselves in, especially with eight of their final nine games coming against teams that are either in or fighting for the playoffs. Thomas and center Tyler Zeller both called Monday’s matchup with the Charlotte Hornets — who sit in 11th place in the Eastern Conference, 1 1/2 games behind the ninth-place C’s — a must-win.

So, what has been causing the Celtics to stumble out of the gates over these past few weeks? It could have something to do with their unproductive starting lineup, which has struggled to create offense this season. In each of the last three games, Boston’s top scorer has been a bench player.

That issue raises the question of whether Thomas, by far the team’s most explosive offensive player, should replace Marcus Smart in the starting five. The point guard has made it clear since being traded to Boston last month that his preference is to start, and while the Celtics’ second unit has shined with him and forward Jae Crowder leading the group, it might be more beneficial to have Thomas’ scoring potential on the court from the jump.

When asked about a potential switch Sunday night, Thomas offered his typical response.

?I didn’t say that,” Thomas clarified. “But if coach puts me in the starting lineup, I?ll be happy. If he doesn?t, I mean, it is what it is. But I definitely can help. That?s my game ? bring energy and make plays. So, if he calls my name and I?m in the starting lineup, I?m going to continue to play the game of basketball the way I know how and do whatever it takes to win.” 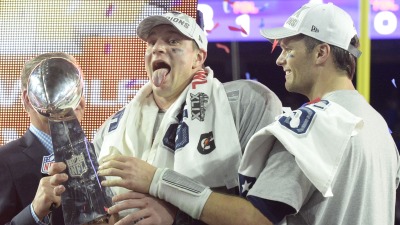 Tom Brady Vs. Rob Gronkowski: Which Patriot Is Having Better Offseason? (Photos)