Isaiah Thomas Still In Serious Pain After Fall, Likely Out Until Monday - NESN.com Skip to content

WALTHAM, Mass. — While the Celtics were pulling off their upset of the Memphis Grizzlies on Wednesday night, Isaiah Thomas was sitting in a hotel room. Actually, maybe sitting isn’t the best word.

The point guard has been dealing with severe pain and swelling in his lower back stemming from a hard fall he took Monday night in Miami. The injury prevented Thomas from even attending Wednesday’s game, and head coach Brad Stevens said he more than likely would miss Friday and Saturday’s tilts, as well.

?When we got back ? what day did we fly back, Tuesday? Boy, he was hurting,” Stevens said before Thursday’s practice. “I mean, he was hurting. (Wednesday), he felt a little bit better, but not good enough to come to the game. Again, I think it?s very unlikely (he?ll play Friday), very unlikely Saturday, and I?m hopeful for Monday.”

Thomas spoke to reporters Thursday, too. He said he felt better than he had the previous two days, but it was clear he still was in quite a bit of pain.

?It?s been bad,” he said. “It?s been hurting when I stand up, sit down. It?s like nothing?s comfortable. I?ve been very uncomfortable the last two days. But I?m just trying to get this swelling out as fast as possible. Once I can tolerate the pain, I?ll be all right.?

Thomas agreed with Stevens’ prediction of a Monday return given the amount of swelling in the affected area. The injury is nothing more than a bruise, he said, but it’s the worst one he’s ever experienced.

?I?ve never had back problems, back injury,” said Thomas, who also bruised his right elbow in the fall. “Usually when I fell like that before, I get right back up. But that was a tough fall. It really hurt. Getting on the plane that night kind of blew it up even more, so I?m doing the best I can to just ice it and get down the swelling.

?With how deep that bruise is, even when I was taking the MRIs and things like that, the doctors said they?d never really seen a bruise like that in that area. That?s how deep it was and how bad it is. But I?ll be all right.?

The Celtics survived without Thomas, their leading scorer, for one game, grinding out a 95-92 win over a Grizzlies team that came in with the NBA’s third-best record. Thomas watched the game from his hotel, but that was far from a relaxing experience.

“I was just walking around,” he said. “I tried to sit on my side a little bit, but then it just started hurting. For the most part, I’m OK with standing.

“(Lying on my stomach) is the only way I can sleep. It sucks. But hopefully in a few more days I’ll be able to sleep normally.”

The Celtics host the Orlando Magic on Friday and visit the Indiana Pacers on Saturday before returning home Monday to play the Philadelphia 76ers. 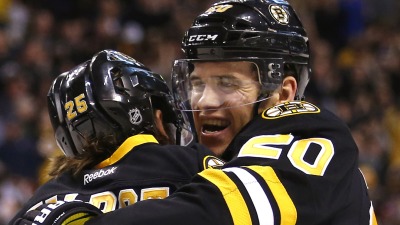 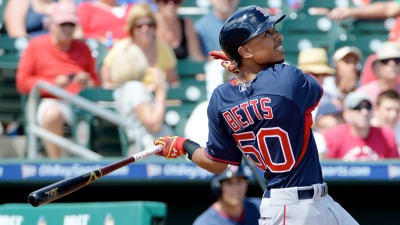