Isaiah Thomas To Return For Celtics Vs. Heat After Eight-Game Absence - NESN.com Skip to content

BOSTON — Isaiah Thomas will be back in action.

Celtics coach Brad Stevens confirmed before Wednesday night’s game at TD Garden that the point guard would be available to play as Boston hosts the Miami Heat. Thomas had missed the last eight games as he recovered from a bruised lower back.

Thomas, who will come off the bench against Miami, participated in 1-on-1 and 3-on-3 drills earlier in the week but has yet to do any full 5-on-5 work since suffering his injury March 9 in the Celtics’ last meeting with the Heat.

“We haven’t been in a situation (as a team) other than games where we’ve played 5-on-5,” Stevens said. “(But Thomas has done) all the shooting, all the conditioning, all that stuff.”

It was clear before the game, however, that Thomas still was experiencing a great deal of pain.

?It?s improved a lot from the day that it happened and the day after, but it?s still going to be a process. If I was trying to be 100 percent, I probably wouldn?t play the rest of the year, but I?m just going to go out there and give it my all.”

Stevens said Thomas would not be placed under any sort of minutes restriction, but the coaching staff does plan to keep a close eye on him.

“I’m just going to kind of gauge and see how it’s going,” Stevens said. “And that’s a hard balance, because you want him to get his feel back, but you also want to play well. I think he’ll play well. I think he’s excited about playing. But if he gets hit there (in the back), to be determined how he reacts.”

Thomas averaged a team-best 21.4 points per game over his first 10 contests in a Celtics uniform, but the team actually fared relatively well in his absence. Boston went 5-3 in the eight games Thomas was sidelined for and entered Wednesday in eighth place in the Eastern Conference.

“When you have a chance to win, it’s always going to irk you that you didn’t get it done,” Stevens said, referring to Sunday’s overtime loss to the Detroit Pistons. “I think in the big picture, to be 5-3 in those eight games was pretty good.”

The Heat, meanwhile, will be down two starters, as guard Dwyane Wade (knee) and center Hassan Whiteside (hand) both have been ruled out with injuries. 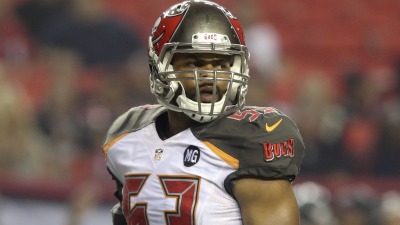