Jared Sullinger Talks Weight-Loss Struggles: 'I've Got To Figure Out A Way' - NESN.com Skip to content

Anyone who’s ever tried to lose weight knows how hard it can be, and that’s no different for some professional athletes.

Boston Celtics forward Jared Sullinger knows he has to lose weight. Doing so, however, is easier said than done as the 23-year-old is learning.

Sullinger has had to deal with weight issues his entire life, a problem that followed him to the NBA when he was drafted by the Celtics in 2012. Those issues are reaching a breaking point in his professional career, as he was publicly put on notice by Celtics president Danny Ainge.

Sullinger says he’s trying to shed weight, but he insists it’s not as easy as it seems.

“But that doesn’t matter now, because I’ve got to figure out a way to do this. It’s going to be hard — it has always been hard — but I have to take extra care. At the same time, there are obstacles that still occur.”

One of Sullinger’s biggest issues with controlling his weight — he’s listed at 280 pounds — is resisting the urge to pig out after games. Players are afforded access to an inviting postgame spread, and the natural reaction after exerting effort in a professional basketball game is to refuel. However, those calories are usually consumed late at night which is where Sullinger says he gets into trouble.

“People say, ‘Hire a nutritionist,’ but it’s not that simple,” he told MacMullan. “What people don’t understand is after a game, you get hungry. I stay up late, I’m not falling asleep and I want to eat. The hardest calories to burn off are those late-night calories.

“And that’s what has been getting me this year. I have to work 10 times, 30 times as hard to keep off those extra 400 calories.

“Even though the stuff is good stuff, healthy stuff, my body doesn’t react to it the way an Avery Bradley or a James Young does.”

Sullinger insists he’s “trying to find a way” to bring his weight down, and with his contract nearing its end, he knows there’s likely to be some sorts of weight clauses in his next deal. The whole process has been complicated by a season-ending foot injury, which has kept him off his feet, obviously making exercise difficult. Sullinger turned to swimming as part of the ongoing pledge to get healthy.

“The biggest thing is motivation,” he said. “I have to make sure, with this foot injury, that it doesn’t ever happen again. “I’ve got to get in the best shape possible. Not just for the Celtics, or basketball. I have to do this for myself.” 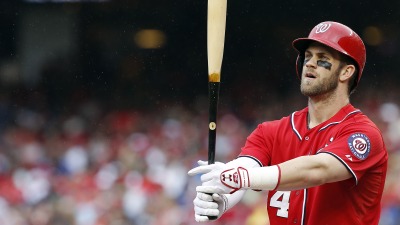 NCAA Tournament’s Cinderella Teams Have Had Many Memorable Runs (Photos)