Hernandez publicly aired his displeasure with life at Real Madrid, saying Monday that his confidence at the Spanish giant is at “rock bottom,” according to FOX Sports. Hernandez joined Real Madrid on loan from Manchester United last summer, but he only has played sparingly, as Karim Benzema and other center forwards are ahead of him in head coach Carlo Ancelotti’s pecking order.

“My situation is frustrating,” Hernandez said. “I cooperate, I help and give my 100 percent in training, but in the games, the opportunities are slim. I’m in a team but left out of what is important, which are the games.

“At times, my confidence is rock bottom, although I try for it to be sky high, thanks to the people that are always there with me and support me.”

Hernandez has appeared in just 22 games and scored four goals in all competitions this season. He hasn’t scored for Real Madrid since Oct. 29, and only broke his four-and-a-half-month goal drought for Mexico’s national team on Saturday.

Hernandez’s place in Mexico’s lineup is secure, but his club future hangs in the balance. His contract with Manchester United expires after the 2015-16 season, and the Red Devils likely will look to sell him to the highest bidder this summer.

However, Hernandez shouldn’t bet on Real Madrid to bid for his services. He called the loan move “an honor and a dream” when he joined the club in August, but his lack of playing time turned it into a nightmare of sorts. 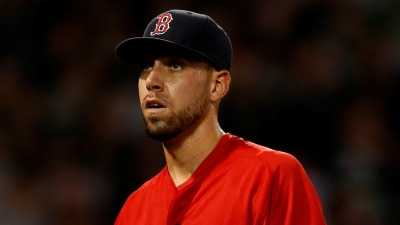