Marcus Smart: Suspension Was Deserved, But 'I'm Not A Dirty Player' - NESN.com Skip to content

Marcus Smart stuck to his story Monday about his shot to the groin of San Antonio Spurs center Matt Bonner being accidental, but he acknowledged that video of the incident doesn’t exactly paint him in the greatest light.

?I still look at it that way,” the Boston Celtics rookie told reporters in Brooklyn, via ESPN.com’s Chris Forsberg. “I can definitely see where it comes off to where the NBA makes a decision. I respect the decision they made. I?ve got to live with it. Looking at the film, it does look a little intentional.”

The decision Smart was referring to was the NBA’s choice to suspend him for one game. The ban, which Smart said he deserved, followed the point guard’s second ejection in less than two weeks — a trend of misconduct that already has led some to brand him as a dirty player.

Smart made it clear he firmly disagrees with that characterization.

“Like I said before, that?s not who I am,” he said. “I?m not a dirty player, nor was I trying to — but looking at the film, like I said, I can definitely see where that comes into play. The NBA made the right decision with the one-game suspension, and I?m just glad to be back out here (Monday night).”

Celtics coach Brad Stevens confirmed before Monday’s matchup with the Nets that Smart would be back in the starting lineup after sitting out Sunday’s 105-97 overtime loss to the Detroit Pistons. 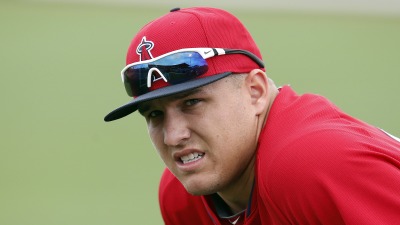