When the McDonald’a All-American teams take the court, you’ll probably notice the players’ bright purple sneakers. But it’s what’s on the inside of those sneakers that will really make a statement.

The Grimace-colored Adidas come complete with Big Mac insoles, which likely won’t smell as good as the real thing by the end of the game.

The rest of the uniform, however, isn’t as loud as the footwear. Besides the giant golden arches on the shorts, of course.

The McDonald’s All-American Games will be played April 1 at the United Center in Chicago. 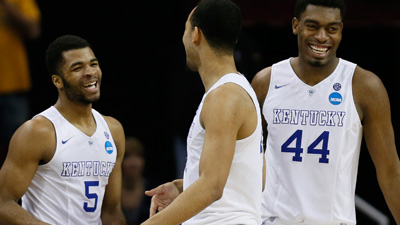