Betts continued his torrid spring training Sunday by going 2-for-2 with an inside-the-park home run and a double in the Boston Red Sox?s 7-6 win over the Philadelphia Phillies at JetBlue Park. It was the latest indication that Betts is more than ready for life as an everyday player at the major league level.

Betts is hitting .471 (16-for-34) with one homer, two triples, six doubles, two RBIs and nine runs scored in 11 Grapefruit League games this spring. He has been hands down the Red Sox?s best player, with at least one talent evaluator recently saying Betts could be an All-Star in 2015.

Betts almost certainly will break camp with the Red Sox, likely serving as Boston?s starting center fielder and leadoff hitter. It had been a possibility at the beginning of spring training that Betts could start the season in the minors despite his impressive audition in 2014, but the 22-year-old has played his way into the Red Sox?s Opening Day plans. The training wheels have come flying off.

The most impressive aspect of Betts? emergence is his ability to rise to the occasion in situations that might be difficult for some players to handle. He arrived in the majors amid a whole bunch of hype last season yet thrived down the stretch. And now, with Opening Day two weeks away, he has done everything in his power to turn the Red Sox?s center field ?competition? into anything but a competition.

?You can?t think about it,? Betts said of the crazy expectations most now have for him. ?That?s not part of the game. That?s stuff off the field. All I can control is what?s going on on the field, and that?s just going to play the game I know how to play.

“Being with my team and everything, we keep each other humble. And I think that?s what?s good about this group.?

Big time players step up in big moments. Betts surely will be tested throughout his time in Boston, but it?d be a total shocker if he didn?t embrace each and every challenge with confidence, poise and humility. 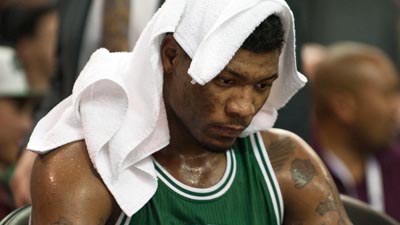