How do you put the sky back up after it’s supposedly fallen?

Whatever the method, the Dallas Mavericks might be doing it with Rajon Rondo. Less than a month removed from his blow-up with Mavs coach Rick Carlisle and reports that the free-agent-to-be was extremely unlikely to re-sign with Dallas, Rondo is showing signs of finally clicking with his new teammates.

Monday’s 11-point, 13-assist performance in a 119-115 win over the Oklahoma City Thunder was Exhibit A. Inspired by a matchup with fellow triple-double machine Russell Westbrook, Rondo upped the tempo to Carlisle’s liking and managed to somewhat corral Westbrook, who has been downright unstoppable.

Chandler Parsons was the Mavs’ star with 31 points, but Dirk Nowitzki’s 22 points on 8-for-18 shooting was the key statistic. If Rondo has one job heading into the final month of the regular season, it’s to kick Nowitzki out of his odd offensive slump.

The fact that Rondo is finding his rhythm and inspiration at this time of year is no surprise to Boston Celtics fans. The enigmatic point guard lived for the limelight, and that’s why the Mavericks went out and got him in the midseason deal with Boston. No matter the early bumps, the prospect of a motivated Rondo manning the point in the playoffs was worth the price Dallas paid.

— Courtney Lee is happy in Memphis, where he’s slid in perfectly with a bruising Grizzlies squad that was in need of his outside shooting. It’s been covered how poor of a fit Lee was with the Celtics, and how last season’s trade led to an immediate uptick in his production.

While being comfortable has a lot to do with basketball skills, however, it can have just as much to do with the individuals in the locker room.

The Indianapolis native is one of three Hoosiers in Memphis’ starting lineup, along with Zach Randolph and Mike Conley — and the trio doesn’t let anyone forget it.

“We talk about it a lot,” Lee said before a game against the Celtics last week. “In shooting games (in practice), it’s always me and Mike Conley. We say, “Indiana vs. Everybody!” And we usually don’t lose.”

Lee and Conley have reason to feel comfortable in those competitions. At 42 percent and 39 percent from deep, respectively, they are the Grizzlies’ leaders in 3-point percentage.

— Few trades are as mutually beneficial as the swap the Thunder and Utah Jazz made at the deadline. Enes Kanter has helped changed OKC’s offensive dynamics with his low-post game, although he’s due to get more attention from opposing defenses now that Serge Ibaka figures to be out a while.

The Jazz, meanwhile, dealt Kanter to free up minutes for Rudy Gobert. Generously listed at 7-foot-1, 220 pounds, the so-called “Stifle Tower” has helped transform Utah’s defense. Winners of six straight, the Jazz finally appear to be turning a corner in their rebuilding and could be a dark horse team to watch heading into next season.

— Does anyone want to make the playoffs in the East? The Toronto Raptors’ and Washington Wizards’ struggles after comfortably maintaining top-three spots in the East for most of the season are well documented, and the Chicago Bulls’ health issues might finally be catching up with them. But what’s up with the Milwaukee Bucks?

While Giannis Antetokounmpo remains the best player nobody ever hears about, the Bucks suffered their third straight loss Tuesday and 10th in their last 13 tries. They’re in virtually no danger of falling out of the postseason field in the East, but there are light years of difference between holding onto the No. 6 seed (and a first-round matchup with either Toronto or Chicago) and the No. 7 seed (and a likely matchup with the Cleveland Cavaliers). 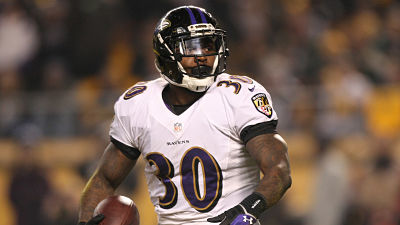 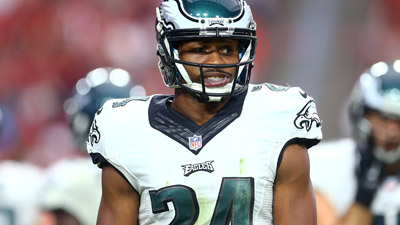