The University of Nebraska-Omaha didn’t even have a hockey program 20 years ago. Next week, the Mavericks will play in their first Frozen Four.

And Boston University head coach David Quinn, who helped build the UNO program from the ground up, couldn’t be more proud.

“UNO will always hold a special place in my heart,” Quinn said Tuesday on a conference call. “It was an incredible opportunity to be a part of something from the ground up. It’s a unique experience. I still have a lot of friends there. I know a lot of former players that’ll be coming out — I’ve actually been in touch with a lot of them.”

Before joining Jack Parker’s staff at BU and later taking over after the coach’s retirement in 2013, Quinn was a member of the inaugural Mavericks coaching staff, signing on in 1997 as then-head coach Mike Kemp’s top assistant. Quinn built a reputation as a master recruiter during his six seasons in Omaha, and the 24 games the Mavericks won in 2000-01 still stands as a program record.

“It was hard, but when you have a university that’s committed to hockey the way UNO is, it certainly makes the job a lot easier,” Quinn said. “With the fan support we had, with the facilities we had, with the resources we had, it was an incredible six years. I look back on those six years with a lot of fond memories, a lot of satisfaction, a lot of pride.”

The Terriers and Mavericks sit on opposite sides of the tournament bracket, meaning a meeting between Quinn and his former school could only come in the national championship game, which will be played Saturday, April 11, at TD Garden. But with a matchup against North Dakota looming next Thursday, the 48-year-old coach says he’s not focused on anything but the semifinals. 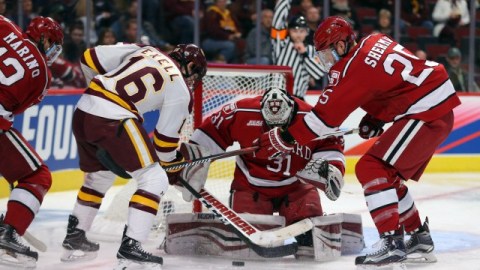 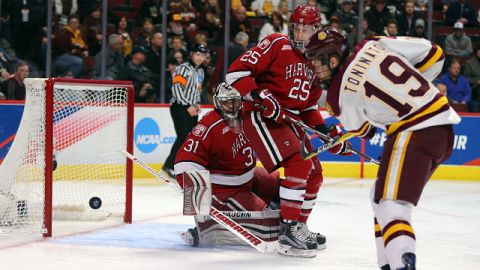 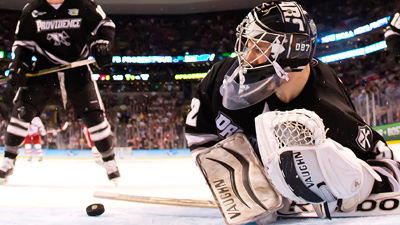 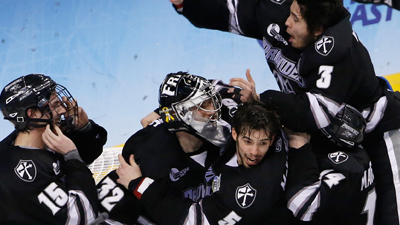