The four-time All-Pro wide receiver will be cut by the Texans, sources told NBC4’s Dianna Russini. The Texans reportedly asked Johnson to take a reduced role in 2015 and couldn’t find a trade partner for the former top-five draft pick.

Johnson told ESPN’s Josina Anderson that playing with a quality quarterback is among his priorities as he’s set to hit free agency.

“Wherever I go, I hope I can play with a great quarterback,” Johnson said Monday. “I don’t know. I’m just going to wait and see what happens. A lot of these teams want young players, so we’ll just see what happens. I am open to visiting teams.”

The Patriots could be in the market for a new No. 3 receiver if they choose to release Danny Amendola and his $5.7 million salary-cap hit. Johnson had 85 catches for 936 yards and three touchdowns in 2014 — his first season playing under former Patriots offensive coordinator and new Texans head coach Bill O’Brien.

Said Texans general manager Rick Smith: “After exhausting all options of a possible trade, we informed Andre Johnson that he would be released today. No player in the history of this franchise has represented the team, city and community in a more professional way. Andre is a Hall of Fame-caliber player, and we appreciate his years of service and contributions to our team.?

Added O’Brien: “I have so much respect for Andre Johnson and what he?s meant to this organization. Andre carried himself as a true professional and did everything that we asked him to do. Andre will go down as one of the best receivers to every play this game. We are thankful for what he has done for our organization and wish him well on his future playing career.” 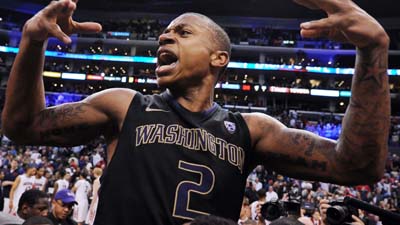