Robert Kraft said as a fan, he wishes Revis had re-signed with the Patriots. He also partially explained why the Patriots allowed Revis to leave in free agency for the New York Jets.

?We thought we made a very competitive offer,” Kraft told reporters at the NFL Annual Meeting. “I speak as a fan of the New England Patriots, we wanted to keep him. We wanted him in our system, and we have certain disciplines. We had hoped it worked out. It didn?t.

“We just don?t think about short-term decisions. For example, next year we have three very good young defensive players coming up and we have to factor that. We just don?t look at this year; we look out at the next few years. We?ve done OK doing that. As a fan, in March and April, I hate to lose him. But our real focus is what goes on in the fall and winter. I put my faith and respect with Bill. We have a lot of discussions and he?s done pretty good the last 15 years. The fan in me argues all the time with him. But he has a pretty good record.?

Kraft said he puts all of his faith in Belichick when it comes to making personnel decisions.

?No, I listen to what he says,” Kraft said. “We discuss things thoroughly, but he has done a pretty good job. Once again, the emotion and fan in me, you want to keep all the good players and we have a salary cap. I know what it?s like when you lose a game in the fall and the winter, so the emotion of the spring has to have some discipline if you want to be good long-term. I think he?s proven to be a pretty good manager of our resources.

“Let me just say this: Bill wanted him. But, I mean … you probably don?t have to work on a budget. When you get a budget, there are certain things you can?t do. We have a budget. In the end, we?ll judge it by what the results are, what happens in wins and losses at the end of the year. Also, it takes two sides. I think each side, in the end, did what was right for them.”

Kraft mentioned that the Patriots need to save money to re-sign three homegrown free-agent defenders. He’s likely referring to defensive end Chandler Jones and linebackers Dont’a Hightower and Jamie Collins, all of whom are still on their rookie contracts.

The Patriots have $8 million in salary cap room and must pay their 2015 NFL draft class. The Patriots can carry over any unspent money into 2016, which could help pay their upcoming free-agent starters. 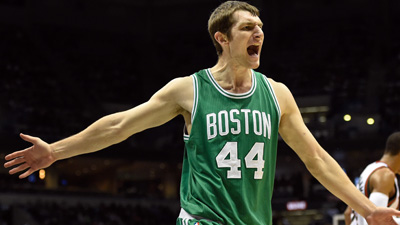 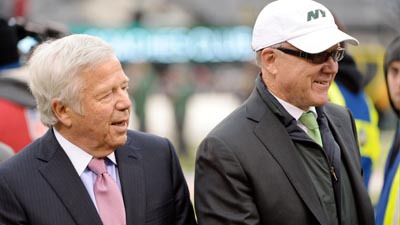