BOSTON —  It definitely wasn’t pretty, but the Celtics will take it.

The C’s and Utah Jazz put on one of the least attractive basketball displays we’ve seen all season Wednesday night at TD Garden, but a Tyler Zeller buzzer-beater proved to be the difference in an 85-84 Celtics win.

Zeller’s shot came after Jazz forward Gordon Hayward nailed a go-ahead jumper with 1.7 seconds to play that initially appeared to give Utah the win over the squad led by Hayward’s former college coach, Brad Stevens.

FIRST-HALF SNOOZEFEST
The Celtics shot just 32.6 percent from the floor in the first half and missed 10 of their 12 3-point attempts — and somehow still led 34-33 at halftime. The Jazz’s shooters weren’t much better through those first 24 minutes (37.1 percent, 2-for-12 from deep), and it also helped that Boston committed just one turnover against what has been one of the NBA’s best defensive units since the All-Star break.

Jae Crowder handled the bulk of the scoring for the Celtics, picking up 13 first-half points on 6-of-8 shooting.

BRADLEY’S TURN
After scoring just seven points Tuesday in a loss to the Cleveland Cavaliers and two in the first half against the Jazz, Avery Bradley erupted for 11 points in first three and a half minutes of the third quarter. Bradley also grabbed four rebounds in the frame, and Isaiah Thomas scored nine points as the Celtics took a 61-55 lead into the fourth.

Bradley had exited into the locker room while grabbing his left arm during the game, but he soon returned. The Celtics announced his injury as a left elbow contusion.

Crowder came on strong again in the fourth to finish with 18 points, while Thomas led all scorers with 21 and Bradley added 13. Crowder also came up with what initially appeared to be the play of the game with less than three minutes remaining: A huge block on 7-foot-2 Rudy Gobert that Thomas turned into two points at the other end. That bucket gave the Celtics an 81-73 lead.

BATTLE OF THE BIGS
It’s not surprising a team as long as the Jazz outrebounded the Celtics by a wide margin (51-39), but Boston center Tyler Zeller actually put forth a strong effort against the taller and lankier Gobert. Zeller finished the game with 11 boards and, of course, one very big basket.

Gobert still had quite the ballgame, racking up 10 points, 16 rebounds and three blocks.

Speaking of bigs, Kelly Olynyk returned for the Celtics after missing 18 games with an ankle injury but barely saw the floor. Olynyk played just eight minutes, failing to score a point on 0-for-3 shooting and finishing with one rebound and one assist.

Up next: The Celtics will face a tall task in the most literal sense Friday, as Boston visits Anthony Davis and the New Orleans Pelicans. 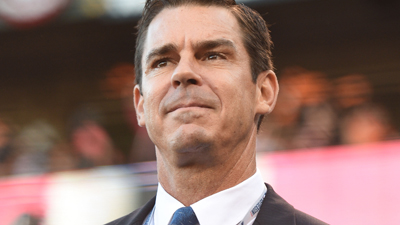 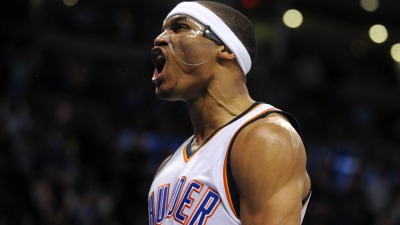