The United States men’s national soccer team rode its luck against Denmark on Wednesday but only found bitterness at the end of the road.

Host Denmark defeated the United States 3-2 at NRGi Park in Aarhus on the strength of Nicklas Bendtner’s hat trick. Jozy Altidore and Aaron Johansson twice put the United States in front, but Bendtner responded with goals both times before sealing Denmark’s victory in the dying seconds of the game. The loss poses new questions about Team USA’s overall direction under Jurgen Klinsmann, whose team has developed a habit of losing games, conceding goals and failing to play with any fluidity against all but the weakest opposition.

Denmark controlled the game on balance of play, and the United States offered little resistance. Midfielder Christian Eriksen and forward Lasse Vibe constantly threatened and unbalanced Team USA’s creaky defense. Bendtner belied his status as a laughingstock to many Premier League fans with trio of cool finishes in and around Team USA’s penalty area.

The result will disappoint Team USA, but its performance is greater cause for concern than the outcome. The Americans struggled to establish a rhythm to their attacking play, which was too concentrated in the center of the field and overly reliant on the counter-attack. Altidore and Johansson both scored against the run of play, showing Klinsmann they can score even when they don’t partner effectively and play off one other.

Team USA’s goal scorers deserve credit for doing their most important jobs. Michael Bradley, who captained the United States for the first time, delivered an impressive performance from his best position: A box-to-box central midfielder. Bradley’s pinpoint pass to Altidore in the lead-up to Johansson’s goal proves he must remain Team USA’s fulcrum in all thirds of the field. Bradley convinced observers of his worth without needing to do so. We can’t say the same for his teammates.

The United States constantly turned the ball over in the midfield and at the back, giving Denmark ample opportunities to punish the visitors. Some will blame the United States’ indecisiveness at the back for the three goals it conceded, but its inability pressure the ball high up the field, combined with inexperience and poor communication, inflicted the greatest damage.

The United States will return to action Tuesday when it takes on Switzerland in Zurich. The 2014 FIFA World Cup quarterfinalist could overpower Klinsmann’s squad, which has veterans Bradley and Altidore but relies more on young, unproven players than battle-hardened ones.

Klinsmann’s decision to experiment and build the youngsters’ international careers during the lead-up to the 2015 CONCACAF Gold Cup has caused Team USA to slip in the post-World Cup period. We shouldn’t overstate the importance of the results of Team USA’s recent exhibitions, but the performances and trends are alarming.

The 2018 FIFA World Cup in Russia is a lifetime away. Klinsmann is grooming young players for that tournament, but it could cost him dearly at the Gold Cup, which kicks off July 7.

Losses and performances like the one against Denmark sap both confidence and morale at the exact moment when it should be building toward this summer’s crucial regional championship. 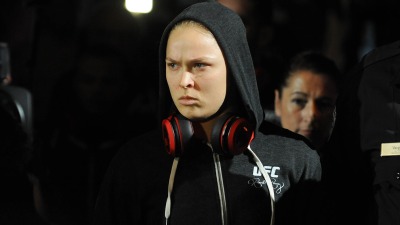 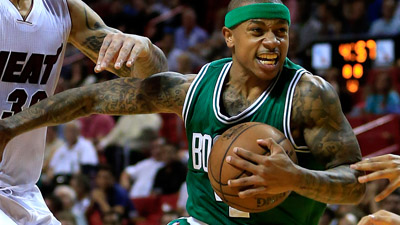 Isaiah Thomas To Return For Celtics Vs. Heat After Eight-Game Absence