The Red Sox added another high-priced, high-profile Cuban player Thursday night when they signed 19-year-old infielder Yoan Moncada. Boston?s willingness to spend a reported $63 million to land Moncada reflects the organization?s growing comfort with tapping into markets outside of the United States.

?I?m sure we?ll continue to learn, but clearly, as you guys know, there?s good players everywhere, there?s good players all over the world, including in Cuba,? Red Sox general manager Ben Cherington said earlier in spring training at JetBlue Park. ?If we?re going to be good consistently, we?ve got to be looking everywhere and that?s one important area, among others.?

Moncada is the Red Sox?s second significant Cuban acquisition in seven months, as the club also signed 27-year-old outfielder Rusney Castillo to a seven-year, $72.5 million contract last August. The deals come on the heels of Boston losing out on Yasiel Puig, Jose Abreu and other Cuban players now positioned for long-term major league success after signing lucrative contracts upon defecting from the island.

Clearly, something clicked within the Red Sox organization as Puig and Co. burst onto the scene. While it?s unclear the exact moment at which the light bulb went on, Boston?s front office noticed a shift in how international talent was scouted, evaluated, pursued, acquired and, ultimately, how such players fared at the big league level.

?Hopefully we?re getting a firmer grasp. We certainly spent a lot of time on it,? Cherington said. ?I think going back a couple of years we felt like we needed to make some adjustments to put ourselves in a better position to be able to make those decisions, and so we reallocated some resources.?

Two such resources are Allard Baird (senior vice president of player personnel) and Eddie Romero (director of international scouting). Both were asked to become more involved in the international signing process, leading to more thorough reviews and recommendations of players like Castillo and Moncada.

?The two of them have really spent a lot of time getting to know, just learning about Cuba, about baseball in Cuba, about how it?s played, about the challenges that a player might face coming out,? Cherington said, ?and then trying to get history on as many players as possible and get to know who the players are so that if one does become a free agent, we?re not playing catch-up.?

It?s not like the Red Sox have been total strangers to the process. They lost a bidding war with the New York Yankees for heralded Cuban pitcher Jose Contreras back in 2002, they signed Japanese hurler Daisuke Matsuzaka to a significant contract before the 2007 season and they?ve been linked to several other international free agents since the current ownership group took over. But the Red Sox now are better-positioned to be long-term players on the international market, even if, like in the case of Moncada, it means signing a player based more on potential than on his proven track record.

?Every team is looking to add talent, right? And every team has a budget and every team has resources that they can use to try to do that,? Cherington said. ?Whether you?re doing major league free agency or a trade or in the draft or with a 16-year-old in the Dominican, wherever the players are coming from, you have to go through an evaluation process. You have to try to figure out what you think the player?s worth. And then if you can get that player in a range of what you think he?s worth, and that?s within your budget, then you try to go do it.?

Is signing a relatively unknown quantity a comfortable exercise? Of course not. While Moncada has the potential to be an absolute stud, there?s also a chance he flops, at which point it?ll be even harder to justify paying $63 million for his services rather than upping the ante in pursuit of a proven commodity like Jon Lester, who also fits an obvious need.

But is it necessary to gamble on such players? Absolutely. A team with pockets as deep as the Red Sox?s can?t sit on their hands as potential international superstars enter the league either in their primes or, in the case of Moncada, before fully developing.

Everyone in Boston loves Lester, no doubt. But paying a combined $135.5 million for Castillo and Moncada — two unknowns — rather than roughly $155 million for Lester shows just how strong an emphasis the Red Sox have placed on rolling the dice on upside, skills and, above all, youth.

If neither Castillo nor Moncada pans out, the Red Sox will harbor some regret. Yet it?s nothing compared to the angst the organization would feel if it left the door shut on golden opportunities internationally. 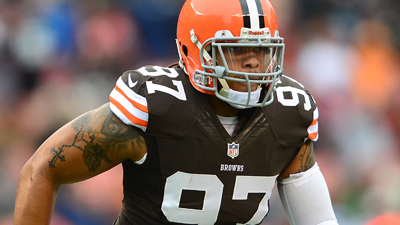