The build-up to the 2015 NHL Draft quickly is ramping up after Saturday’s draft lottery, during which the Edmonton Oilers won the No. 1 overall pick for the fourth time in the last six seasons.

A lot has been made of top prospects Connor McDavid and Jack Eichel, and rightly so because they are fantastic players, but this draft class is extraordinarily deep and full of potential stars who could be taken in Round 1 in June.

McDavid is a once-in-a-generation prospect such as Sidney Crosby and Wayne Gretzky. He’ll have enormous expectations to meet, but playing alongside top-tier offensive wingers such as Taylor Hall, Jordan Eberle and Nail Yakupov in Edmonton would help him tally a ton of points and put all of his elite playmaking skills on display.

McDavid and Ryan Nugent-Hopkins would give the Oilers an awesome 1-2 punch at center for a long time.

Eichel led the nation in scoring as a freshman and helped BU claim Beanpot and Hockey East tournament titles, along with an NCAA championship game appearance. Eichel is an elite offensive player who can score goals consistently and set up teammates with high-quality scoring chances. The North Chelmsford, Mass., native also has a polished defensive game and a strong work ethic.

As a result of Eichel’s skill and size (6-foot-2, 195 pounds), one of the most common NHL comparisons is Anaheim Ducks superstar center Ryan Getzlaf, but the BU forward is a better skater. Eichel projects to be an elite No. 1 center, so even though the Sabres didn’t win the lottery, they still would land one of the best prospects of the last 25 years.

Hanifin is a big, strong defenseman with a very good two-way game and is capable of logging a lot of minutes against the best competition. Unlike a lot of D-men his age, he makes the smart, simple play and doesn’t make many mistakes under pressure. In that regard, he’s a bit similar to 2014 No. 1 overall pick Aaron Ekblad.

Arizona could decide to take Dylan Strome because it needs center depth, too, but passing on a potential No. 1 defenseman such as Hanifin would be a tough choice, especially after the team finished 28th in goals against and 29th in penalty killing this season.

It’s no secret the Leafs have needed a legit No. 1 center for the last decade. Strome, who formed a fantastic 1-2 punch at center with McDavid in Erie, is the best choice for Toronto after leading the OHL in scoring. He’s a smart, highly skilled center with a 6-foot-3 frame that, along with his excellent hands, allows him to protect the puck well against stronger opponents. He’s also a local kid from the GTA.

Crouse is regarded as the best power forward in this draft after making life miserable for opposing defensemen this season with his combination of goal-scoring talent and tremendous size (6-foot-4, 215 pounds). Carolina already has good depth down the middle with Eric and Jordan Staal and 2013 No. 5 overall pick Elias Lindholm, so selecting a winger makes sense with this selection.

Marner has the talent to be the No. 1 center the Devils have lacked for quite a while. He’s a great goal scorer, creates chances for teammates with his fantastic playmaking/puck-handling skill and is capable of dominating on the power play.

The Flyers’ blue line is horrible and lacks a legit No. 1 defenseman, but the future is bright because they have used recent draft picks to select highly regarded prospects such as Travis Sanheim, Samuel Morin and Shayne Gostisbehere.

Philly should continue this movement by selecting Provorov. The Russian D-man is a solid two-way talent with the offensive skill to provide consistent scoring production and the defensive awareness/skill to shut down talented forwards. It’s very possible he could go in the top five.

Meier is an elite offensive prospect who projects to be a 25-plus goal scorer at the NHL level with a powerful shot and willingness to skate into the dirty areas to win puck possession and score. Meier wouldn’t satisfy Columbus’ No. 1 need, which is on the blue line, but he could be the best player available at No. 8, and the Blue Jackets certainly could use more high-end talent on the wing.

Rantanen is a skilled power forward who can score goals and punish opponents with huge hits. He’s the perfect kind of forward for an aging Sharks team that might need to replace veteran top-six winger Patrick Marleau at some point in the near future.

Zboril is a solid two-way D-man prospect with a hard shot, a physical style of play and a good hockey IQ (including very good positioning). He also has good size (6-foot-2, 190 pounds). The Avalanche are among the worst teams in suppressing opponents’ shot attempts, so it would make sense for them to select a defenseman with this pick.

Werenski provided consistent scoring production and power-play skill for the Wolverines this season and would be a nice fit among a young core of Panthers players who play an uptempo game. His ability to play against opponents’ top lines and shut them down makes him one of the top two-way D-men in this draft class. It’s very possible he’ll go in the top 10.

The Stars were abysmal defensively this season, which makes the selection of a defenseman the obvious choice with this pick. Roy is a right-handed shooting D-man with a good two-way game and a high hockey IQ.

The Kings finished 18th in scoring and were the league’s worst team in shootouts. Zacha is a quality offensive center with good size (6-foot-3) and speed.

The Bruins need to play a more uptempo, speedier game, and Kylington is a great choice for this style of play. He’s an excellent skater with a polished offensive game and the puck-moving skill to start the rush up ice quickly and cleanly. 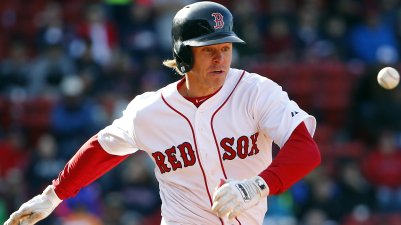