CM Punk is considered by many, including himself, as the best pro wrestler in the world. He’s also considered a really, really big Chicago Blackhawks fan.

The wrestler-turned-UFC fighter is living the dream right now. After a messy divorce from the WWE, Punk is gearing up for his UFC debut later this year. He also gets to spend more time with his wife, former WWE diva AJ Lee, after she retired earlier this month.

Perhaps above all of that, though, Punk is a happy guy because it’s Stanley Cup playoffs time. Punk is a hardcore hockey fan to the point where his Twitter avatar is Paul Newman’s Reggie Dunlop character from the famous hockey movie “Slap Shot.” Being a Chicago native, Punk obviously is a huge Hawks fan, which means he also can’t stand the Los Angeles Kings.

Punk and the Kings have a bit of a history, which led to this vicious attack from Bailey, the Kings’ mascot.

Punk also lost a bet with Bailey, which left the wrestler in a Kings sweater.

With the Hawks in the playoffs and the Kings on the outside looking in this season, though, Punk isn’t ready to let go of his grudge. He sent this series of tweets Wednesday night to remind the Kings and Bailey of that very fact.

Take it away, Jim Ross.

Punk also got the last laugh in regards to what happened on the ice, too, as the Blackhawks erased a three-goal deficit to beat the Nashville Predators in overtime. 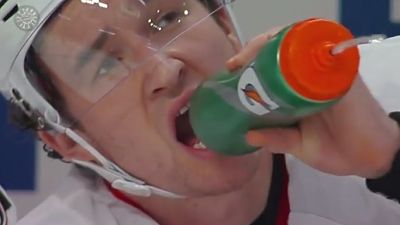 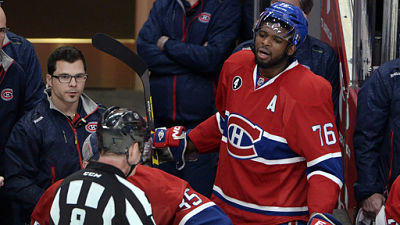