If you plan on being a spectator at the 2015 Boston Marathon, expect security to be similar to last year’s race.

Authorities announced Monday that enhanced security measures will remain in place for the 119th annual event. As was the case in last year’s response to the 2013 Boston Marathon bombing, spectators will have to pass through security checkpoints along the 26.2-mile course and are encouraged to bring any necessary belongings in small, clear bags.

Police also have declared the marathon a “no-drone zone.” It’s a new rule, as drones and model aircraft have become a popular way to capture aerial video.

The race will be held on Monday, April 20, less than two weeks after 2013 Marathon bomber Dzhokhar Tsarnaev was found guilty of all 30 charges levied against him in U.S. federal court.

The Boston Athletic Association anticipates about one million people will gather along the course from its start in Hopkinton, Mass., to its finish in Boston. You can see a full list of prohibited items here. 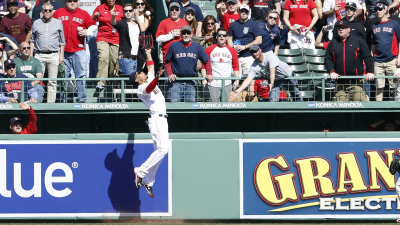