BOSTON — It’s hard not to smile when you talk to Isaiah Thomas.

Maybe it’s his diminutive size among the larger-than-life bodies of the NBA or the way his precocious kids happen to come up in just about every interview, but something about the Celtics’ sixth man is disarming. Even when he complains about being relegated to a bench role, Thomas comes across as endearing rather than disgruntled.

Celtics coach Brad Stevens, however, is impervious to Thomas’ charms.

Since being traded to Boston by the Phoenix Suns in February, Thomas has tried a couple times to crack his coach’s unruffled exterior. So far, he’s mostly been met with pursed lips and little reaction. The 5-foot-9 guard would probably have more success defending Marc Gasol in the post.

“I don’t think he cares,” Thomas said. “He’s so even-keeled, you can’t get anything out of him. I’ve had a few talks with him, but no matter if he had five of his kids out here, he’s going to coach the same way. He’s just one way at all times. If you’re a defensive team, he believes you give yourself a chance, and if you play hard and play together, you give yourself an even better chance. He tries to teach us that each and every day.”

Stevens has maintained his unexcited demeanor through many a game-winning shot, the most of recent of which was Jae Crowder’s fallaway jumper in Tuesday’s 95-93 win over the Toronto Raptors. Just as consistent as Stevens’ mood, however, has been his message to the players.

Since the moment he first stepped onto the practice court in Waltham, Mass., Stevens urged each player to focus on gradual progress, both individually and as a team, regardless of the external factors. Whether in the thick of a playoff race or scraping the bottom of the standings, players have been given a simple directive: Get just a little bit better every day, and good things will happen in the end.

Even clinching a spot in the playoffs, as the Celtics did this week, was merely part of the process to Stevens.

“It’s part of the path to, hopefully, being the best that you can be,” Stevens said. “Every year that’s your goal, because no matter how good you are, no matter how much of a contender you are, that’s the first step.”

While Stevens insists he does not involve himself much in personal decisions, the players who most embraced Stevens’ philosophy — Brandon Bass, Avery Bradley and Evan Turner, most notably — have stayed with the Celtics this entire season or longer. Those whose priorities didn’t align are gone, which is a pretty strong indication the Celtics’ brass thinks Stevens’ approach is working.

Despite the Celtics needing to scratch and claw over the last month of the season just to qualify for the playoffs, Stevens has even drawn support for Coach of the Year candidacy. Rookie Marcus Smart, who might be just a little biased, gave a rousing assessment.

“An outstanding job,” Smart said. “He took a team that was in the rebuilding stage, a very young team that, as you guys know, no one had in the talk of even trying to make the playoffs, and now we’re here. We’re in. On that aspect, you’ve got to commend him on that.”

The Celtics’ upcoming first-round matchup is daunting. LeBron James and the Cleveland Cavaliers have been on a roll since the All-Star break, outscoring opponents by five points per game more than they did in the first half of the season. Under the bright lights of the postseason, Stevens’ coaching acumen will get full exposure and the extent of his team’s improvement will become known.

And the Celtics, whatever the outcome of the series, will continue to get better — bit by bit, day by day, with their coach looking on, stoically. 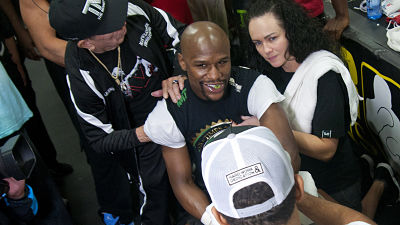 Floyd Mayweather: Manny Pacquiao’s ‘Reckless’ Style Differs From His Own 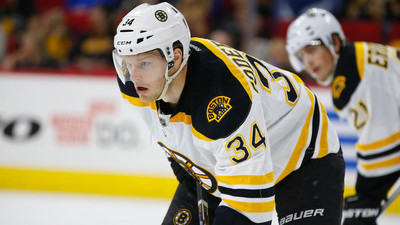