Everyone knows about the big quarterback names at the top of the NFL draft, but there’s another name to keep in mind as the NFL season comes around.

Auburn’s Nick Marshall obviously isn’t going to be joining the likes of Jameis Winston and Marcus Mariota at the top of the draft, but former NFL quarterback Brady Quinn thinks Marshall offers some valuable versatility.

Many draftniks see Marshall as a cornerback in the NFL, despite varied levels of success at quarterback in college. Quinn thinks there’s reason to believe Marshall could be valuable at both positions, even if his QB play comes on the scout team.

“His athleticism makes him capable to play in a league that continues to add QB running plays,” Quinn wrote on FootballByFootball.com. “As he continues to develop his passing skills, Marshall can help defenses prepare for athletic QBs. The knowledge he’s gained from playing offense will help him transition to defense.” 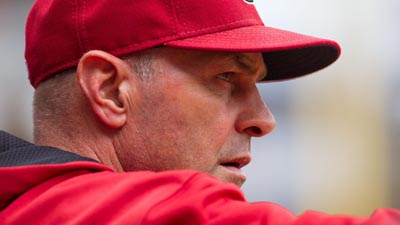 Kirk Gibson Diagnosed With Parkinson’s Disease: ‘I Will Meet This Challenge’