BOSTON — The Toronto Maple Leafs enter the weekend looking to play spoiler against two rival teams fighting for a playoff spot in the Eastern Conference.

“It’s a good motivating factor for us,” Leafs center Nazem Kadri said. “Both (the Bruins and Senators) are desperate.”

Toronto’s first test is Saturday night at TD Garden against a Boston Bruins team that’s won four straight games. That said, the Leafs have won two of their last three games, own a 2-1-0 lead in the season series and beat the Bruins in the most recent game in Boston, a 4-3 shootout win on Dec. 31.

Here’s a preview of Bruins-Leafs.

Bruins Player To Watch: David Krejci could be moving back to right wing on Boston’s first line with Patrice Bergeron and Brad Marchand, if the morning skate lineup is what’s used at game time. Krejci had been skating in that spot in his first four games after returning from an injury last week, but he moved to center alongside Carl Soderberg and Loui Eriksson to start Thursday’s win over the Detroit Red Wings.

“David doesn?t mind playing the wing with Bergy and Marchy,” Bruins head coach Claude Julien said. “He?s very comfortable there. He says he?s feeling better at that position and we know he?s a good centerman as well. You deal with the situation the way it needs to be dealt at the time.”

Leafs Player To Watch: Phil Kessel isn’t having a great season, but he still leads the Leafs with 59 points. He’s fared pretty well against Boston in his career with 18 points in 28 games, including three goals and an assist in the three previous meetings with the B’s this campaign. The former Bruins draft pick is aiming to end an 8-game goalless drought Saturday night.

Key Stat For Bruins: Boston has improved defensively over the last few weeks with two goals against or fewer in 10 of its last 13 games.

“We were giving up too many goals. We?ve always been a team that, when we protect our end well, usually good things follow,” Julien said.

“We?re a team right now, we don?t have any 50-goal scorers. So it?s not about, necessarily, just playing defense, it?s about understanding what we have. We?ve got a lot of guys that can score, but not at the rate of 50 goals, so we have to make sure we keep our goals against down. Normally when we do that, we win hockey games.”

Key Stat For Leafs: Toronto has a league-low eight wins on the road and an 8-26-5 record overall away from the Air Canada Centre. The Leafs have only one road win since the calendar turned to 2015. 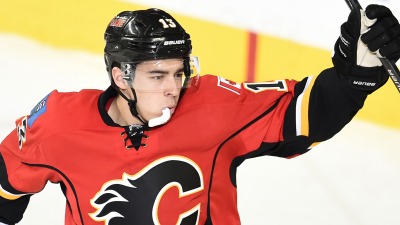 Who Was The Last Bruin To Win The Calder Trophy As Rookie Of The Year?