WILMINGTON, Mass. — Bruins goaltender Tuukka Rask has played more games in 2014-15 than any other season in his NHL career, but this heavy workload hasn’t prevented him from being Boston’s most important player.

Rask has appeared in 67 games, which ties him with New Jersey Devils netminder Cory Schneider for the third-most in the league. Braden Holtby of the Washington Capitals, who Boston likely will face Wednesday night, leads all goalies with 71 games played.

Rask needs to play in three more games to reach 70, something no Bruins goalie in the post-expansion era (1967 to present) has accomplished. Assuming Rask starts for the Bruins until they have a playoff spot secured, he could get there at Saturday’s regular-season finale.

“It’s been a while since I’ve had, or anyone has had this kind of workload in our team,” Rask said Tuesday. “Obviously it’s been a different season from previous seasons, too. Original Six team and there’s a lot of history, so I’m glad to see my name up there, I guess.

With his team in the thick of a heated playoff race over the last two months, Bruins head coach Claude Julien has had little choice when picking a starting goaltender. Rask has played in nine straight games and 25 of the last 29.

“Just from our situation, I think he’s handled it well,” Julien said. “If you look at the the way he’s played lately, he’s played extremely well. It’s not like we’re really seeing any signs of fatigue on his part. And at the same time I’d love to be able to give him some more rest, and if we were in a better situation that would be the case. But the most important thing is you got to make the playoffs. You can’t think about winning the Cup or anything before you make the playoffs. Right now we’re in a battle and you have to go with your best players.

“If he was showing signs of fatigue and letting in some bad goals and really sloppy, then I’d have a different decision to make, but that hasn’t been the case.”

Even with a limited amount of rest and sloppy defense in front of him throughout the season, Rask is still posting solid numbers. In fact, since the calendar turned to 2015, he’s been one of the league’s top goaltenders.

Rask has given up two goals or fewer in 27 of his 37 games played since Jan. 1, which really has saved the Bruins because they rank 22nd in goals scored and 21st in power-play goals scored during that same span. Boston’s offense has struggled to score at a high rate for most of the season (20th in goals per game after ranking third in 2013-14), but the one constant throughout the campaign has been Rask.

The reigning Vezina Trophy winner said that he feels fine despite playing more games than usual.

?I don?t know how many games I played last year, but I felt pretty good at the end of the year and I thought could?ve played 10 or 15 more,? Rask said.

?And now we?re in that situation and I don?t really feel that different. So I think the biggest thing is trying to stay mentally fresh and try to avoid those highs and lows. I think that?s been the biggest challenge for me this year, the biggest task this year.?

Three games remain in the regular season and fair or not, Rask has to be among the Bruins’ best players for this team to secure a playoff spot. This challenge starts Wednesday, where the margin for error will be razor thin because the Capitals have shut out Boston twice in two previous meetings this season. 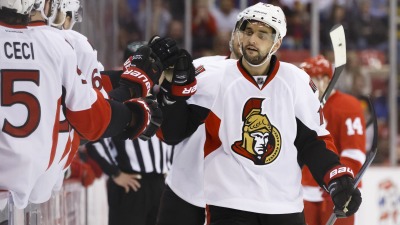