WILMINGTON, Mass. — Zach Trotman wasn’t going to replace Dougie Hamilton’s impact on the Boston Bruins when the 21-year-old defenseman was ruled out indefinitely after suffering an undisclosed injury March 21.

However, Trotman has played well at both ends of the ice for the Bruins and is making a strong case to remain in the lineup when/if Hamilton returns this season.

Trotman, who was recalled from Providence on March 22, has received tougher zone starts than every Bruins defensemen except Zdeno Chara and Adam McQuaid since Hamilton went down with an injury.

Despite starting just 27 percent of his even-strength shifts in the attacking zone, Trotman also is driving puck possession with a team-leading 52.66 Corsi For percentage at even strength over the last seven games. In fact, the Bruins attempt 5.18 percent more shot attempts at even strength with Trotman on the ice compared to his teammates, the highest mark of any B’s defenseman during the same span.

Trotman has spent the majority of his even-strength ice time alongside Chara on Boston’s top pairing, a total of 82:06. Chara plays against the toughest competition of any Boston D-man, which results in Trotman facing opponents’ top lines as well.

“They have to prove they can play (with Chara). In Trotman’s situation, he’s made some pretty good plays and he’s been pretty reliable,” Bruins head coach Claude Julien said Tuesday.

“At some point you have to balance out your back end depending on who you’re playing. Some teams have two or three good lines and if you put all your best D’s on one pair, you become vulnerable. We’ve had to rely on (young guys) and at the same time I think they’ve been earning our trust with the way they’ve been playing. In this case with Trotman, he’s done a good job.”

Julien has shown a pretty good amount of trust in Trotman late in games, and the 24-year-old has received an average of about 5:30 of ice time in the third period since his last recall. The Bruins also haven’t given up an even-strength goal in the third period with Trotman on the ice.

Trotman hasn’t made much of an impact offensively with five points in 24 games this season, although his one goal was the difference in Boston’s 3-2 comeback win over the Detroit Red Wings last Thursday. The former seventh-round draft pick does have a good shot, and it would benefit the Bruins if he used it more.

Trotman deserves to remain in the Bruins’ top six based on his performance in the last seven games, even when the B’s have a fully healthy group of defensemen. The Bruins will need his hockey IQ, defensive skill and great size (6-foot-3, 220 pounds) for a potential Stanley Cup playoff run. He’s less of a liability defensively than some of Boston’s other defensemen.

Looking forward to next season, Boston’s ideal blue line likely would include Trotman. McQuaid and Matt Bartkowski are eligible for unrestricted free agency this summer, and Trotman would be a good full-time replacement if one or both of those players leave in the offseason.

Hamilton probably will go back to playing with Chara when/if he returns to the lineup, which would be the correct decision, but it’s encouraging for the Bruins to know they have another young defenseman capable of playing first-pairing minutes if injuries become a factor in the playoffs. 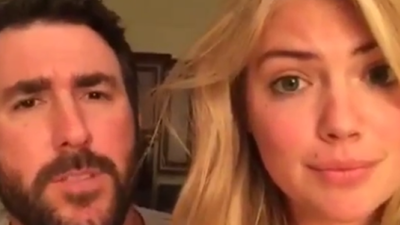