Carl Soderberg just finished his second full season with the Boston Bruins, and he hopes it won’t be his last.

The Swedish center primarily played in the third-line center role and tallied 44 points (13 goals, 31 assists) in 82 games. Now Soderberg, 29, is able to become an unrestricted free agent on July 1.

“I don?t know. I don?t think anyone knows,” Soderberg said Monday when asked about his impending free agency. “I want to hear from Boston for sure first. That?s my first choice. If we can find a solution together this coming couple of months, that would be great.”

At his best, Soderberg is a playmaking center who creates scoring chances for teammates at even strength and the power play. He’s also a reliable defensive forward who, along with linemates Loui Eriksson and Chris Kelly, put a lot of pressure on opposing defensemen with a strong forecheck. In fact, the Kelly-Soderberg-Eriksson line was often Boston’s most productive line in the first half of the season.

One of the reasons for that line’s effectiveness was the impressive chemistry between Soderberg and Eriksson. Soderberg played the majority of his even-strength shifts, 907:13 time on ice, with Eriksson, and they helped the Bruins control 52.93 percent of even-strength shot attempts with a plus-5 goal differential when on the ice together.

Soderberg, who says he wants to play in the NHL “for a couple years more, for sure,” wouldn’t mind returning to Boston and helping the team accomplish its goal of winning the Stanley Cup.

“I?m comfortable,” Soderberg said. “I like it here. I think everyone on the team does. I would love to be here next year and have revenge.” 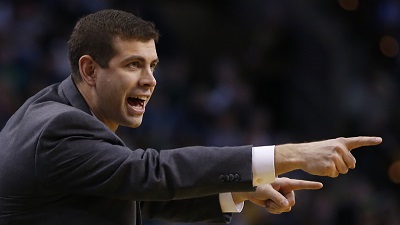