As the Boston Celtics players return home for the offseason, Danny Ainge & Co. are preparing to get to work.

This is shaping up to be another busy summer for the Celtics, as all signs point to Ainge making another bid to land the kind of big-time name the team failed to bring in last year.

Before we worry about any potential new faces, though, let’s take a look at Boston’s own four impending free agents and whether they’ll still be around come fall. Also, be advised this is a very early projection, as a whole lot could change between now and the start of free agency in July.

Bass is the second-longest-tenured Celtic behind Avery Bradley, and the 29-year-old was a solid offensive contributor for the C’s, especially during their playoff push, scoring in double figures in 19 of his final 26 games. Boston hopes to bring in a high-level big man this offseason, however, and Bass, who endured a brutal playoff series, is far more expensive and provides less upside than the much younger Tyler Zeller, Jared Sullinger and Kelly Olynyk.

We covered Crowder in depth Monday, but here’s the gist of it: The Celtics absolutely should bring him back, even if it means overpaying him a bit.

Datome was a fan favorite with a sweet shot during his first two months in Boston, but he often found himself out of the rotation on a team made up almost entirely of players who would ride the bench on a contender. He’s not a particularly good defender, and his offensive game, while potent, is inconsistent. If the Celtics can bring him back on the cheap, cool. But doing so won’t be high on their list of offseason priorities.

Jerebko, like Crowder, proved himself as a versatile defender this season who brought intensity on both ends of the court. The Swedish forward’s future with the team likely will not be determined until after the Celtics decide what type of offseason additions they’ll be making, but expect them to try to bring Jerebko back if possible. 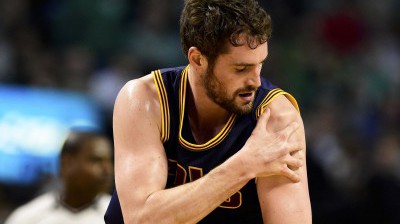