BOSTON — For the third time in eight years, the Celtics and Cleveland Cavaliers will square off in the NBA playoffs.

Boston’s 95-93 win over the Toronto Raptors on Tuesday locked the C’s into the No. 7 spot in the Eastern Conference, setting up a date with a Cavaliers team that has laid waste to the NBA over the past two months.

The Celtics’ mindset? Bring it on.

Crowder predicts a war, but on paper, the matchup looks more like a potential bloodbath. The Cavs, owners of the East’s best record since the beginning of February, boast a star-studded lineup headlined by LeBron James and crushed the Celtics by 31 points when these teams met in early March.

(That meeting is the only one worthy of consideration, since the teams’ first came before Boston’s roster overhaul and Cleveland rested or limited the minutes of its starters in the final two.)

The Celtics have been scorching hot, too — second-best in the East since Feb. 2 — but they’re a young team devoid of both elite-level talent and significant playoff experience. Ten of Boston’s 15 players have never even appeared in a postseason game.

The chasm in talent level is not lost on the C’s. They know that in order to have any chance against the Cavs, they’ll have to come with every bit of the intensity that has been the hallmark of their stunning late-season surge.

?I think (we have a chance), if we bring the physicality and play up to our standards,” guard Evan Turner said. “If not, for sure not. If we don?t come and make them kill us and make them uncomfortable to a certain extent, we for sure don?t because that team is too talented.”

Both Turner and Crowder will have the privilege of guarding the Cavs’ No. 1 weapon: James, who averages more points against the Celtics (29.8 per game for his career) than against any other opponent. The four-time MVP also made TD Garden his own personal playground during his last postseason visit to Boston, racking up 45 points and 15 rebounds in Game 6 of the 2012 Eastern Conference Finals. 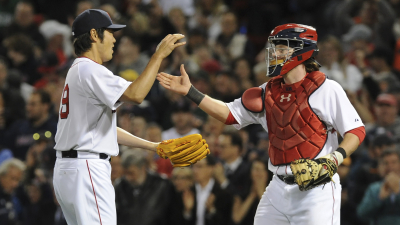 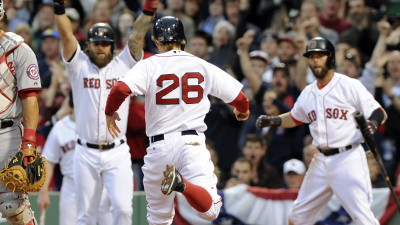