News of Chris Copeland’s stabbing early Wednesday morning came as a surprise to many around the NBA, including Boston Celtics guard Evan Turner.

“That was psycho, man,” Turner said of his former Indiana Pacers teammate, via MassLive.com. “I’m glad he’s doing all right.”

The two were not teammates for long — Turner played just 27 games with the Pacers before joining the Celtics last summer — but Turner had fond memories of sharing a locker room with the 31-year-old forward.

“From what I know of Copeland, he’s the nicest guy ever,” Turner said. “I always called him a yes sir, no sir type of guy — yes ma’am, no ma’am. So that was crazy. I don’t think he’s the type of guy to really rattle anybody’s cage. I think when you see him he’s a smiling type of guy, welcoming type of person. So to hear that happen to him and his fiancée, that sucks. I’m just glad they’re OK. Obviously trouble can find anybody, but a guy who’s a standup guy like that, he doesn’t deserve that.”

Copeland and two women suffered knife wounds during an altercation outside 1OAK night club in New York City. The incident occurred shortly before 4 a.m., and the suspect, Shezoy Bleary, is in custody, according to reports.

“You hear something like that, it hurts,” Vogel said, via The Indianapolis Star. “Your thoughts and feelings and emotions are making sure that a family member is OK, but you’ve got to get focused.

“I know they’re going to have Cope on their minds and great concern for him, but it’s a headstrong, mentally tough group so I think our focus will be good.”

Copeland has played in 50 games for the Pacers this season, averaging 6.2 points and 2.2 rebounds per game. 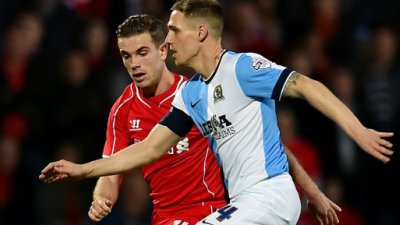