Vazquez underwent Tommy John surgery Thursday on his injured right elbow. The 24-year-old could miss up to a year, but the Boston Red Sox are hopeful he?ll rebound despite the major setback.

?All we can do is work with Christian to try to attack the rehab in the best way possible,? Red Sox general manager Ben Cherington told reporters in Fort Myers, Fla. ?The No. 1 ingredient there is effort and compliance on his part, and we know that?ll be there. We?ve got to create a road map that makes sense for him and control that.

“The odds of recovery from this surgery are good. They’re not 100 percent, but they’re good.”

Recovery from Tommy John surgery typically takes 12 to 18 months for pitchers. If all goes well, Vazquez might beat that timetable, but he?ll miss the entire 2015 season.

In an effort to continue his development even while sidelined, Vazquez might occasionally sit in the seats behind home plate at Fenway Park this season, according to manager John Farrell. It would be a move designed to give Vazquez ?mental reps,? though there?s no doubt within the organization he?ll go full-throttle and do whatever it takes to return to the diamond 100 percent healthy.

Ryan Hanigan will serve as the Red Sox?s starting catcher in Vazquez?s absence. Sandy Leon, who was acquired from the Washington Nationals earlier this week, will be the backup, as Humberto Quintero told reporters in Fort Myers on Thursday he?s been optioned to Triple-A Pawtucket.

Blake Swihart, a top prospect who turns 23 on Friday, will enter the Red Sox?s catching mix at some point down the road, but he?ll begin the season at Pawtucket to continue his development.

?We feel good about going into the season with Hanigan and presumably Leon behind the plate. We think we?re going to get good defense,? Farrell said. ?These are two guys that are going to help the pitcher, and those are the two most important criteria for us.

?And longer term we still feel very good about the catching position in the organization. Christian has to recover and Blake is still developing, but I think the long term at that position is very good, and we feel good about the short term, too.?

Vazquez?s injury is a huge blow to the Red Sox, particularly given the questions surrounding their pitching staff. But few athletes have Vazquez?s passion and drive, which should help him navigate the long road ahead. 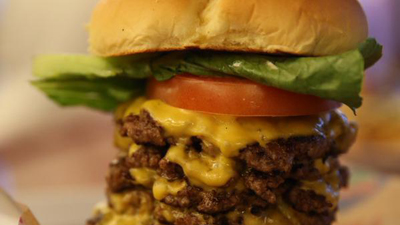