Hanley Ramirez’s hot start at the plate hasn’t translated into success in the field.

Ramirez, who transitioned to left field with the Boston Red Sox this season after spending most of his career at shortstop, has struggled defensively through the club’s first 14 games. Curt Schilling, a former Red Sox pitcher and current ESPN analyst, credits the 31-year-old’s willingness to work and stay on an even keel, though, especially with the early results not being pretty and questions starting to surface.

?It?€™s hard, and I?€™m not making excuses. But at this point in your career, bravo that he hasn?€™t said boo about moving,? Schilling said Wednesday on WEEI’s “Dennis and Callahan” of Ramirez’s defense in left field. ?But he?€™s putting himself in a position to be embarrassed and playing as hard as he can play. There?€™s nothing you can do about that.

?There?€™s nowhere else in my mind to put him defensively, because, for me, left field in Fenway — and I say this because it?€™s the only word I can come up with — might be the easiest outfield position because there?€™s so much less ground to cover. You?€™ve got to figure out the wall, you?€™ve got to figure out angles and the ladder, but that doesn?€™t take that long.

“And you?€™ve got one of the best defensive coaches in the game in (Red Sox third base coach/infield instructor) Brian Butterfield, so I?€™m hoping he gets that left field thing because I?€™m not sure there?€™s options there.? 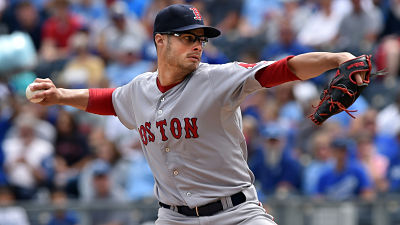 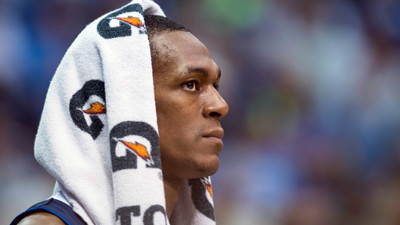 Report: Rajon Rondo Out Indefinitely For Mavericks With ‘Back Injury’