It’s good to be a Beckham. Even if there is no relation.

New York Giants wide receiver Odell Beckham Jr. had a monster rookie season, but there was one moment during his offseason that might have beat it: Meeting David Beckham. The Giants star met his childhood idol at an event recently in New York, calling it a “surreal moment.”

The former LSU standout, who grew up playing soccer, said he dreamed about meeting the international soccer star since he was 5. Beckham even used to joke around that the two were related because he was such a big fan.

While the two Beckhams of course snapped some pictures together, David also imparted some wisdom on the youngster.

“He just told me, ‘You have to keep the legacy going,'” Beckham said, per ABC News. “He told me he was watching me throughout the season, catching bits and pieces of it in London or L.A., wherever he’s at, but he’s been keeping up with me and watching me, and just to keep up the family name.” 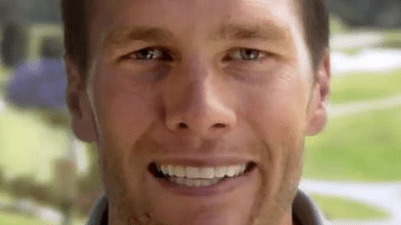 Tom Brady’s Mayweather-Pacquiao Prediction: ‘All About The Money’ (Video)