Ortiz received a one-game suspension and a fine Tuesday for making contact with home plate umpire John Tumpane during Sunday’s game against the Baltimore Orioles at Fenway Park, according to Major League Baseball. The Boston Red Sox slugger was ejected from the contest in the fifth inning after arguing about a check-swing strike call made by third base umpire Jerry Meals.

Ortiz has elected to appeal the suspension, according to MLB. He is in the Red Sox’s starting lineup Tuesday against the Tampa Bay Rays at Tropicana Field.

Ortiz made contact with Tumpane in the midst of an animated argument that drew Red Sox manager John Farrell from the dugout. He also spiked his bat and threw his elbow guard before leaving the field.

According to Farrell, Ortiz’s frustration was the product of a few calls that went against him in the Red Sox’s four-game series against the Orioles. The skipper also pointed to Ortiz’s competitive nature. 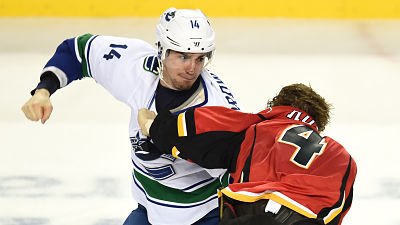 Jay Feely: Tim Tebow ‘Was The Single-Worst Quarterback I Ever Saw’ In NFL