David Pastrnak was expected to play a key role in the Boston Bruins’ offense when the team selected him with the 25th pick in the 2014 NHL draft.

How soon that would happen was one of the team’s biggest questions over the summer and into the preseason, but few could have expected the youngest player in the NHL would play at such a high level this early in his career.

Pastrnak enters Thursday’s game against the Detroit Red Wings with 26 points through 41 games. He also ranked second on the Bruins in scoring during the month of March with 13 points in 15 games, and his most recent performance was highlighted by two assists in a crucial 3-2 win over the Florida Panthers on Tuesday night.

Pastrnak isn’t the first highly skilled forward drafted by the Bruins in Round 1 to make an impact offensively in his rookie season. The two most notable names since the 2004-05 lockout are Phil Kessel (No. 5, 2006 draft) and Tyler Seguin (No. 2, 2010 draft). Both of them have since become two of the league’s premier point producers, and there’s enough evidence, although the sample size is small, to suggest Pastrnak is on his way to that level, too.

Here’s how they compare in their rookie seasons for the B’s.

Pastrnak, while receiving slightly more ice time than Kessel and Seguin, almost has more points than both of them despite playing half a season. It’s not like Pastrnak is racking up a ton of points on the power play, either. Twenty-four of his 27 points have come at even strength.

If you project Pastrnak’s scoring production over a full 82-game season, he would finish with 54 points (22 goals, 32 assists). The rookie right winger ranks 11th in the league with 2.54 P/60 during 5-on-5 play, higher than stars such as Seguin (2.53), Sidney Crosby (2.30) and Corey Perry (2.30). Pastrnak obviously has played in far less games and doesn’t play against the high caliber of defensemen the three aforementioned stars face each night, but it’s still an impressive scoring rate for an inexperienced forward.

Teams that consistently make the playoffs — like the Bruins have over the last seven seasons — need to make quality selections toward the end of the first round to surround highly paid veterans with young players on cheap entry-level contracts who are capable of providing valuable depth. This is how good roster construction is done in the salary cap world when teams cannot afford to keep everyone long-term.

The B’s have drafted well in the first round over the last four years, with the most recent selection being Pastrnak at pick 25 last June. It also helps to get a bit lucky and have multiple teams in front of you pass on a talented player. Several draft experts didn’t expect Dougie Hamilton to be available at pick No. 9 in 2011 and the same was thought of Pastrnak when he dropped to the bottom portion of Round 1.

“You know sometimes guys like that drop,” Bruins GM Peter Chiarelli said in January. “(Pastrnak) had a couple of injuries at the U-18?s and that kind of stuff gets around, and I think some people get cold feet when that happens. The injury wasn?t significant.

“He had a terrific interview with us and it was a guy we wanted. We had him pretty high and it was a guy we wanted. It?s nice to get a really good player at that pick and he?s still got work to do and stuff but he?s a real good kid, a conscientious kid, very respectful, very humble and at the same time he can be infectious with his personality. So he?s got a lot going for him.”

In addition to his impressive on-ice performance, Pastrnak has been committed to improving the defensive areas of his game, including his play without the puck and building strength. So far, he’s taken several steps forward in developing a better two-way game, which is an encouraging sign for the B’s.

Pastrnak has a very bright future, but he’s going to play a key role for the Bruins through the remainder of the season because few other players on the roster are capable of creating the same number of scoring chances and goals. 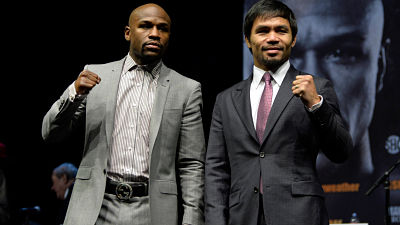