You would think planning the biggest fight of the year would have started with a conversation between promoters and executives, but it turns out the bout between Floyd Mayweather and Manny Pacquiao wouldn’t have happened without a Los Angeles waiter.

Gabriel Salvador is an actor who’s had roles on shows like FOX’s “Bones” and CBS’ “NCIS: Los Angeles,” but to make ends meet, he also waits tables at Craig’s, a restaurant in L.A. that’s frequented by celebrities and other notable people. One of those people is Les Moonves, president and CEO of CBS, which also runs Showtime.

Salvador became friendly with Moonves, a regular at the restaurant, and he also happens to be friends with Pacquiao’s trainer Freddie Roach. He believed that Roach and Moonves would be able to get along and get over the power struggles that had prevented the fight in the past.

?I am always looking to put people together, and I knew Mr. Moonves and Freddie Roach were the kind of people who could find common ground — and see common sense,? Salvador told USA Today Sports recently.

Moonves and Roach met midway through last year, and Roach was able to patch things up between the CBS CEO and Pacquiao’s promoter Bob Arum, who weren’t speaking after a previous attempted deal. Eventually, Moonves brought in Mayweather’s advisor Al Haymon, and the rest was history.

?Every story has to start somewhere,? Arum said. ?And in the end you can say that you can pinpoint it back to a waiter in a restaurant. It really is an incredible story. As much as the public was clamoring for this fight, as much as Manny wanted it, all the money at stake, some of the most powerful people in boxing, everything else, there was still a missing bridge.

?Once that was fixed, everything could move forward. Sometimes it just happens that way in business. This time the key introduction was from a person who was not in the boxing business but knew the right people.?

And for his troubles, Salvador received ringside tickets to the May 2 fight in Las Vegas, which will cost everyone else a cool $87,500. 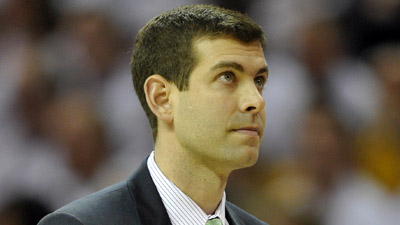