BOSTON — The forthcoming first-round playoff series between the Celtics and Cleveland Cavaliers will be Boston’s fifth against a LeBron James-led opponent.

It’ll be the first, however, that James’ team will enter as the prohibitive, overwhelming favorite.

In each of their four previous postseason meetings — two Celtics wins over James’ Cavs; two losses to James’ Miami Heat — the Celtics were legitimate title contenders. They were a top-four seed in the Eastern Conference each time and, most importantly, employed two guys named Paul Pierce and Kevin Garnett.

That is not the case this spring. James — with the help of Kevin Love, Kyrie Irving and a few smart trades — has turned Cleveland into a juggernaut in his first season back home, leading the Cavs to the No. 2 seed in the East after four years in the lottery.

The Celtics have turned their fair share of heads, as well, surging to seventh in the East after a 25-win campaign in 2013-14, but will enter the series as massive underdogs. Forget advancing — even forcing a fifth or sixth game would be a great success for the boys in green.

If Boston is to have any chance against Cleveland, making James’ life difficult will be priority No. 1. That’s obviously easier said than done (James averages 29.8 points per game against the C’s in his career and entered Wednesday as the NBA’s third leading scorer), but coach Brad Stevens’ troops say they’re up for the challenge.

Another Celtic who will see time guarding James is forward Jae Crowder. Crowder has been a Swiss Army knife for Stevens off the bench this season, locking down everyone from shooting guards to Charlotte Hornets center Al Jefferson.

?It?ll be fun,” Crowder said. “A good learning experience for me. I?m willing to take every challenge and make it tough for him. Just fight, believe in my teammates, believe in myself and go from there.”

As you probably can tell from Turner’s and Crowder’s responses, it will take a full team effort for the Celtics to compete with their superior first-round opponent. Focus too much attention on LeBron, and he’ll kick it to Love for an open three or hand the reins over to Irving, who has 55- and 57-point games under his belt this season.

Yes, Cleveland is a very dangerous team, one that can (as the Celtics learned the hard way last month) turn a close contest into a blowout in a matter of minutes. No one in the Boston locker room is guaranteeing, predicting or even hinting at victory.

They’re just excited to have their shot at the King. 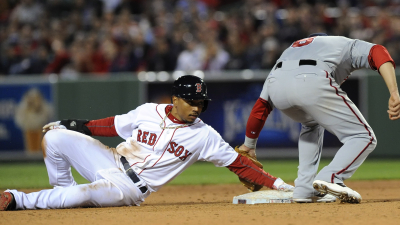 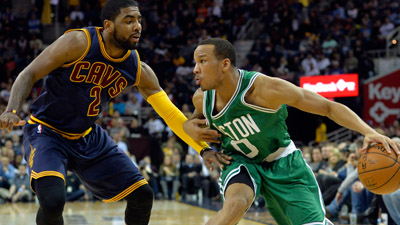