Jones is set to be charged with leaving the scene of a crime, a felony charge that could carry jail time, Albuquerque police spokesman Tanner Tixier told ESPN. Before the injury was discovered, Jones only faced a potential misdemeanor.

Jones allegedly ran a red light and struck a pregnant, 25-year-old woman with his SUV before getting out of the vehicle and fleeing the scene. Reports have a man who looks like Jones allegedly running back to the vehicle to grab a wad of cash before fleeing once again. A full marijuana pipe also was found.

The woman suffered a broken arm and a wrist injury, in addition to other minor injuries. There has been no word on the status of her unborn child, but she reportedly is scheduled for an ultrasound Tuesday.

Jones is scheduled to face Anthony Johnson next month to defend his light heavyweight title, and UFC’s sanctioning body is “still in the process of gathering facts,” according to a statement released by UFC, via ESPN. 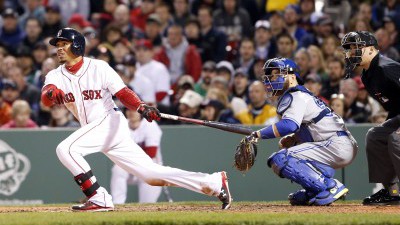 Capitals Beat Islanders 2-1 In Game 7, Will Face Rangers In Round 2