Wisconsin was wading water on a sinking ship, then was bailed out by the most controversial call in this year’s NCAA Tournament.

The Badgers trailed by two points with 2:38 left in Saturday night’s Final Four matchup against Kentucky after finally breaking a seven-minute-plus scoring drought. Then sophomore Nigel Hayes received an inbounds pass along the baseline with three seconds remaining on the shot clock. The 6-foot-8 forward managed to heave a shot that hit nothing but air. The shot clock expired, but in that same instant, Hayes grabbed his own rebound and flipped it into the basket to tie the score.

No whistles were blown. Replays clearly showed the shot clock had expired, and Kentucky coach John Calipari vigorously fought the non-call to no avail. But because of an NCAA rule, officials were not allowed to review a potential shot-clock violation call outside of the final two minutes of the game.

Being a referee can be the hardest job in sports. That was painfully clear here, as Kentucky — college basketball’s blueblood — was on the wrong side of a big call for once. 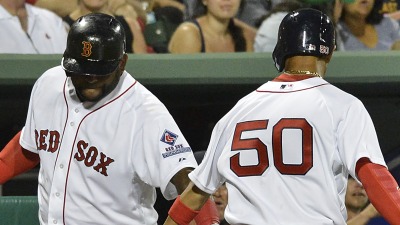