Koji Uehara Returns To Red Sox, Declares Hamstring 'No Problem At All' - NESN.com Skip to content

It just worked out this way.

The Red Sox activated Uehara from the 15-day disabled list before Monday?s home opener against the Washington Nationals at Fenway Park. Left-handed reliever Tommy Layne was optioned to Triple-A Pawtucket to make room for Uehara, who battled a hamstring injury in spring training and over the first week of the regular season.

?It wasn?t a date that I was aiming for,? Uehara said through an interpreter before Monday?s game. ?It just happened that I was healed at this point. (But) I am happy that I am here.?

Uehara is 40 years old, which is ancient by baseball standards. The right-hander also dealt with hamstring issues in the past — ?it is what it is,? Uehara said Monday — and hit a major rough patch toward the tail end of last season. Uehara doesn?t anticipate any more health-related problems, though, suggesting his hamstring is fully healed as Boston kicks off its first homestand of 2015.

?No problem at all,? Uehara said.

Uehara?s return couldn?t come soon enough, especially with Edward Mujica failing to nail down the Red Sox?s lone save opportunity so far this season Friday night in New York. It?s reasonable to wonder whether Uehara will be as dominant as he was for much of the last two seasons, as even the veteran closer had some reservations when talking about the state of his fastball and usually lights-out splitter.

?There is a little bit of, I wouldn?t say doubt, but I haven?t been able to put the hitters away like I wanted to,? said Uehara, who made a rehab appearance for Single-A Greenville on Saturday. ?We?ll see.?

Uehara said he didn?t give any thought to making one or two more minor league appearances before returning to the Red Sox because this is the plan Boston?s front office laid out for him. Asked whether his pitch repertoire will be effective out of the gate, Uehara joked the answer will be determined by someone else not wearing a Red Sox uniform.

?The hitters will tell me, probably,? Uehara said with a laugh.

It remains to be seen whether Uehara will be in midseason form on the mound. But from a personality standpoint, it?s business as usual for the All-Star in his return to the Red Sox. 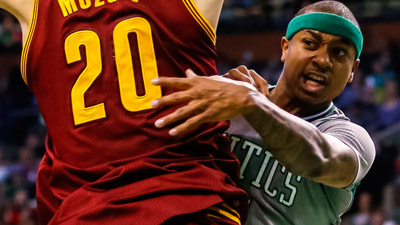 Didier Drogba Not Ready To Retire, Vows To Play Beyond 2014-15 Season