BOSTON — Darude?s ?Sandstorm? blared out of the loudspeakers, the Fenway Park crowd erupted and No. 19 ran in from the Red Sox?s bullpen.

Koji Uehara returned to his ninth-inning post Tuesday and recorded the final three outs in an 8-7 win over the Washington Nationals, albeit with a scare.

Uehara, who started the season on the 15-day disabled list while battling a hamstring injury, struck out Bryce Harper swinging to begin his first regular-season appearance of 2015. Harper laid off two straight pitches after Uehara jumped ahead 0-2, but the 40-year-old closer put away the 22-year-old phenom with a splitter blocked by catcher Ryan Hanigan.

The scare came with Ryan Zimmerman at the dish with one out. Zimmerman, who has six seasons of 20-plus home runs (including a career-high 33 in 2009), jumped all over an 0-1 splitter and crushed it right down the left field line toward the foul pole located atop the Green Monster.

Zimmerman?s bid for a game-tying home run had plenty of distance, but it hooked foul — barely — while sailing well beyond the Monster seats. The umpires reviewed the play and determined it indeed was foul.

?I just felt that I didn?t have the velocity or the power behind the pitch that he hit,? Uehara said through a translator after the game. ?He pretty easily hit it that far.?

Fortunately for Uehara, the deep drive was nothing more than a long strike. And the All-Star closer rebounded to strike out Zimmerman two pitches later on a good-looking splitter.

?He had adrenaline. The energy in his delivery, the finish to his fastball was better than we saw in spring training,? Red Sox manager John Farrell said after the game of Uehara?s performance. ?He threw some splits that had really good depth, he didn?t give in to Harper with the fifth consecutive one he threw him. Much like we?ve seen a lot from Koji, three up, three down.?

Uehara was thrown into the fire Tuesday, as he was called upon to preserve a one-run lead in a hard-fought game. There was no easing into things upon being activated from the DL on Monday.

Uehara admittedly almost got burnt, as Zimmerman?s home run bid didn?t miss by much. But the end result is what matters, and Uehara?s much-anticipated return was worth the wait. 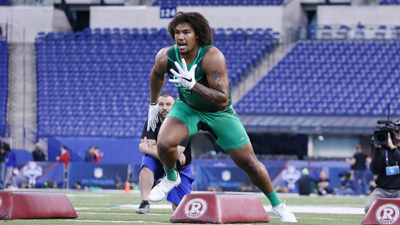 Leonard Williams Among 26 Attendees For 2015 NFL Draft; No QBs Confirmed 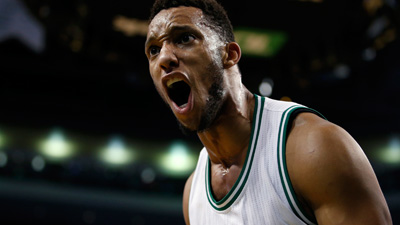