LeBron James: Having History In Boston 'Means A Lot For My Legacy' - NESN.com Skip to content

BOSTON — LeBron James, like so many other great NBA players, has a special place in the history of the Boston Celtics.

As a member of the Cleveland Cavaliers and Miami Heat, the four-time MVP has taken part in several fantastic playoff series. The Celtics won the first two battles — the 2008 and 2010 Eastern Conference semifinals — and James has emerged victorious in the last two — the 2011 conference semifinals and 2012 conference finals.

James returned to Boston for Game 3 of Cleveland’s first-round playoff series against the Celtics on Thursday night. It was the first time King James had played a postseason game at TD Garden since Game 6 of the 2012 Eastern Conference finals, which he called a “defining moment” in his career Thursday morning.

After a 31-point performance in which James propelled the Cavs to a 3-0 series lead, he reflected on what it means for him to play so many memorable games against the Celtics and be a part of the city’s rich sports history.

“It was about the same, the uniforms are the same, mostly all the players are different besides Brandon Bass being on some of those teams. But it’s the same for me,” James said. “I feel great feelings when I come into this building, and I’ve been on both sides of the fence. The great thing about being here is these fans are loyal to one thing and one thing only, and that’s green. That’s all they see and that’s all they care about.

James will play in at least one more game at the Garden in this series when the Cavs attempt to sweep the Celtics in Sunday’s Game 4. Like many of the game’s best players, going on the road and into a hostile environment is a challenge James relishes.

For James, few arenas provide a more competitive atmosphere than the Garden. He recorded his eighth career 30-point, 10-rebound playoff game against the Celtics on Thursday night. Nobody else has more than three such games in the last 30 years. 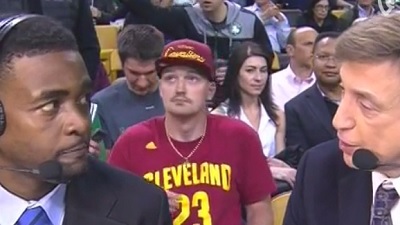 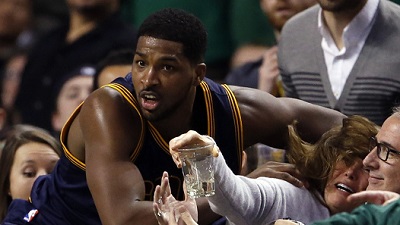