Circumstances presented Liverpool with the perfect chance to put its Premier League campaign back on track, and the Reds delighted fans and themselves by taking advantage of it.

Liverpool defeated Newcastle United 2-0 on Wednesday at Anfield, enhancing its previously fading prospects of ending the season in the top four places in the Premier League standings and qualifying for next season’s UEFA Champions League. Liverpool also boosted its confidence ahead of Sunday’s crucial FA Cup final against Aston Villa at Wembley Stadium.

Goals from Raheem Sterling and Joe Allen powered Liverpool’s win, but the team delivered a complete performance against the struggling Magpies. Liverpool rediscovered its high-tempo possession game and defensive intensity, resulting in a comprehensive win over an awestruck opponent.

Injuries and suspensions posed lineup questions to Brendan Rodgers. The Liverpool manager answered them with a new-look starting 11, which brushed Newcastle aside with ease. Daniel Sturridge’s injury prevented him from starting as a lone striker. Rodgers deployed an attacking trio of Sterling, Philippe Coutinho and healthy-again winger Jordon Ibe, allowing them to interchange or drop into the midfield at will. The three forwards constantly unbalanced Newcastle’s defense with their speed, movement and creativity.

Sterling’s ninth-minute goal ultimately stood as the winner. Sterling might have scored at least one more time had his finishing been more clinical in the second half. Sterling’s fine showing was enough to help Liverpool skip past Newcastle. But expectations for the 20-year-old continue to rise, as he proves himself capable of menacing most Premier League defenses.

Jordan Henderson didn’t need a nominal center forward as the target for his increasingly impressive range of passing. The Liverpool vice-captain set a new benchmark with his assist on Sterling’s goal.

Mamadou Sakho’s injury and Martin Skrtel’s suspension gave Dejan Lovren a chance to strengthen his case for playing time in the final weeks of the season, but the Croatian failed to make the most of it. Lovren’s error early in the second half might have been devastating — Newcastle was in the ascension and Liverpool in retreat at that moment in time — but the visitors’ attacking futility spared the Reds from a potentially tricky ending to the game.

Midfielder Joe Allen confirmed the deserved win in the 70th minute when he scored his first goal at Anfield since joining the Reds in summer 2012.

Liverpool moved to within four point of fourth-place Manchester City with six games remaining. Its hopes of beating the odds and finishing above last season’s league champion remain slim, but the fact that they continue to live adds both excitement and motivation to Liverpool’s cause for the coming weeks.

Liverpool can do the unthinkable if it rides the momentum it created Monday and Manchester City’s slide persists. 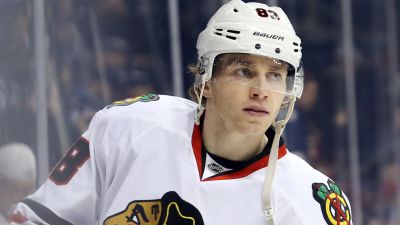 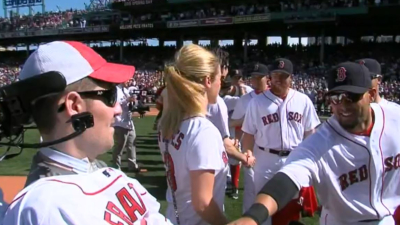